To note, KLK entered into a conditional share sale and purchase agreement with wholly-owned subsidiaries of TSH to acquire 90 per cent stake each in PT Farinda Bersaudara (FB) and PT Teguh Swakarsa Sejahtera (TSS) for a total purchase consideration of US$110.1 million or about RM459.17 million.

FB and TSS collectively holds six rights to cultivate f or a total area of 22,375 hectares (ha) in East Kalimantan, of which 10,816ha is planted. The rights 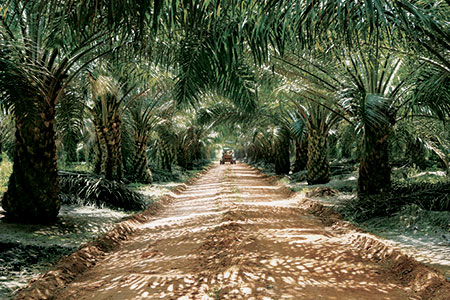 The transaction is expected to be completed by the first quarter of 2021 and will be funded by existing cash reserves and bank borrowings.

“We understand that the group (KLK) has been on the lookout for brownfield upstream assets, but were surprised by the timing of the acquisition given KLK’s proposed 60% acquisition in PT Pinang Witmas Sejati, South Sumatera in April,” Kenanga Research said on the deal.

“The proposed 90 per cent i

nterest each in FB and TSS would effectively increase KLK’s planted area by circa five per cent to 192,900ha, which we believe is an effective utilisation of its large war chest of about RM3.9 billion.”

Valuation-wise, Kenanga Research saw that the aggregate purchase consideration translates into a earnigna value (EV) per planted ha of RM47,140, which it believe is fair when compared to the group’s recent purchase of East Kalimantan plantation asse

In a separate note, Kenanga Research was also positive on the transaction’s impact on TSH as it was a positive move to reduce its borrowings.

“While we believe the disposal could be earnin

gs dilutive, we view the strategic move to reduce borrowings positively and we think investors may reward TSH with a higher valuation given more palatable net gearing level,” it said in another note.

“Upon completion, TSH’s FY21E net gearing is expected to be reduced to 0.49 times from a high 0.89. Assuming 50 per cent utilisation of proceeds to reduce borrowings in FY21E, we estimate interest cost savings of about RM8 million.”

The research house kept its FY20 eatimated core net profits (CNP) for TSH unchanged but reduce FY21E CNP by 21 per cent on lower FY21E fresh fruit bunch (FFB) growth by 18.5 per cent, accounting for loss of FFB contribution from FB and TSS.