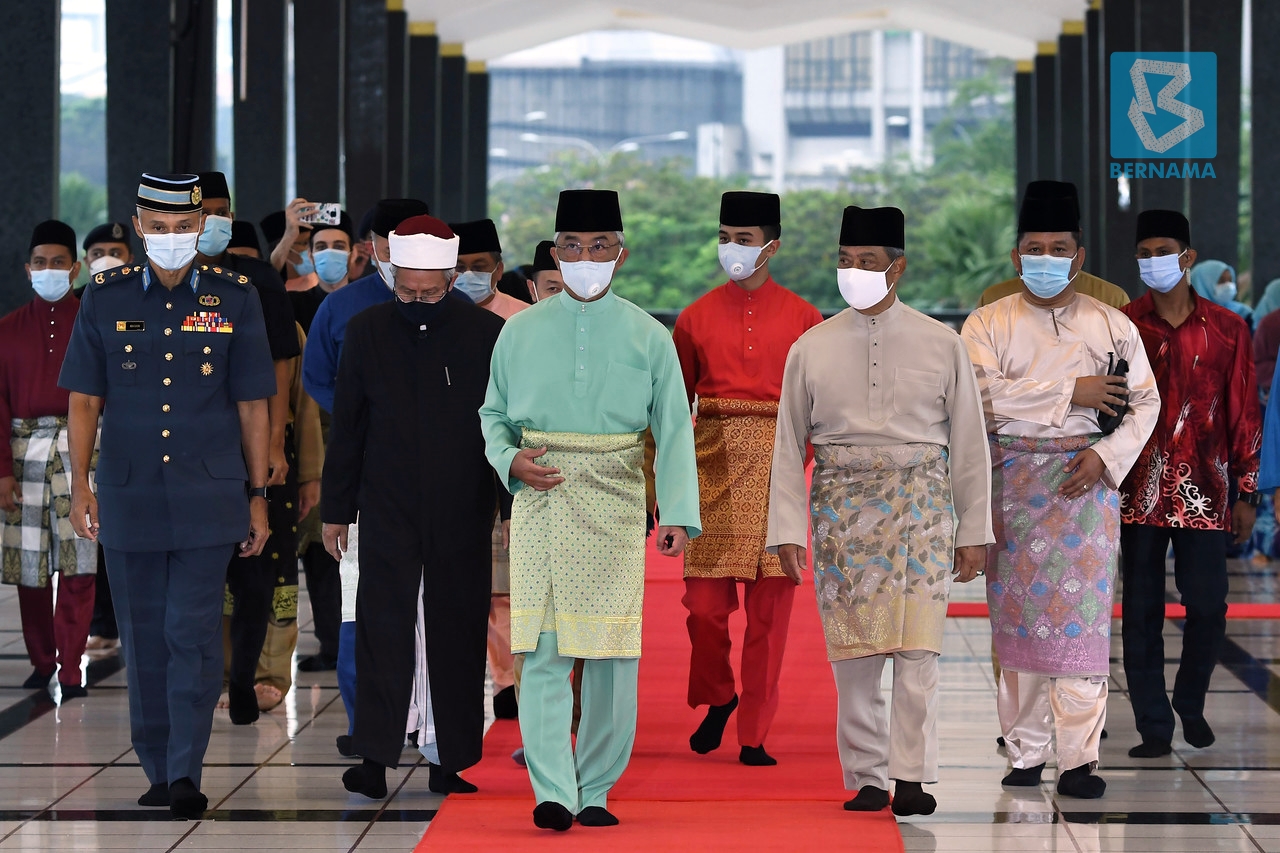 Their Majesties and the congregation then performed Maghrib prayer.

Zulkifli in his speech at the event said the theme for this year’s Maal Hijrah celebrations, “Ummah Rabbani Negara Harmoni” carries an important message that should be appreciated by all especially Muslims in facing the global Covid-19 pandemic.

“Hopefully, we can embody the spirit of Hijrah in the days ahead in the new norm,” he said. – Bernama