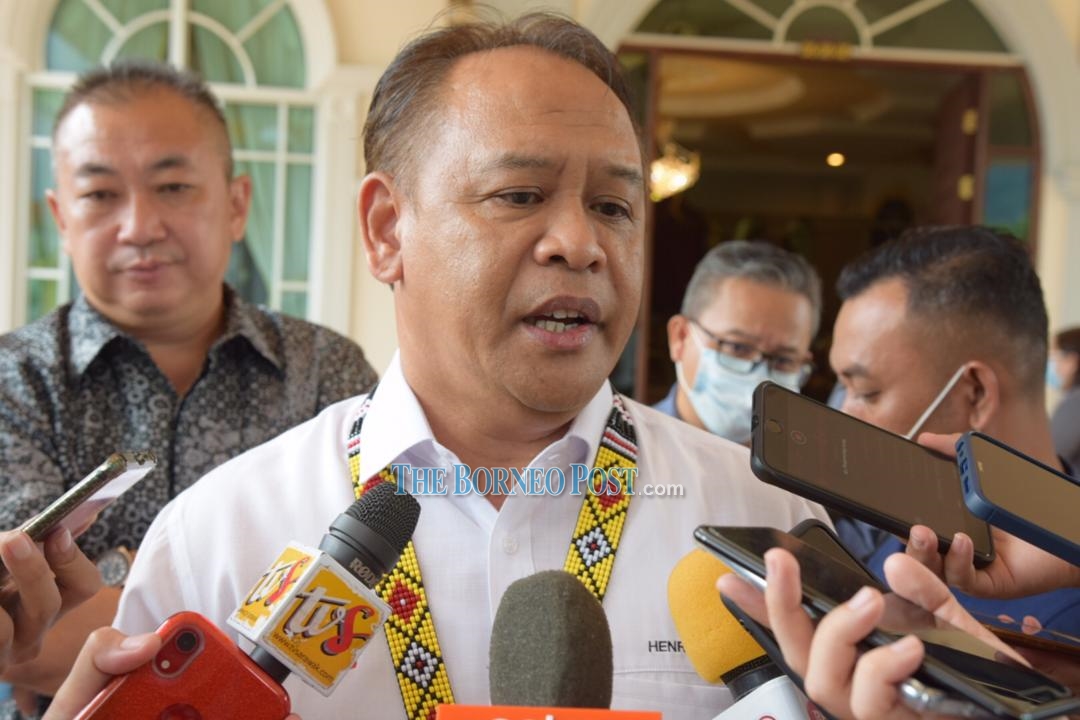 BAU: Tasik Biru assemblyman Datuk Henry Harry Jinep is confident that Gabungan Parti Sarawak (GPS) would be able to win all eight Bidayuh-majority seats in the next state election.

On top of that, he said many rural Bidayuh folks are now convinced that the GPS government, with its proven track record, will always bring progress and infrastructure development projects into areas led by their elected representatives.

“For us as elected representatives, we go with confidence that we (the Bidayuh community) want to win the (eight) seats back, and we want to win it under GPS, because it has been proven that the state government under GPS has has been taking care of the wellbeing of the people.

“GPS has helped the poor and the needy, during the Covid-19 pandemic also it helped the people by giving all kinds of aid and assistance.

Jinep said he had ‘tested’ the federal government when it was under Pakatan Harapan (PH), and concluded that it had not brought a single development to the rural areas of its constituencies when it was in power for 22 months.

Jinep pointed out that under the leadership of Chief Minister Datuk Patinggi Abang Johari Tun Openg in the past three years, the GPS state government had brought about a lot of progress to the rural folks, especially to the rural Bidayuh community through its water supply and rural electrification projects, not to mentioned tar-sealed roads in rural villages.

He said if it weren’t for these development projects, the rural Bidayuh folks would not be able to make it out of the rural-urban gap.

“We have Mas Gading (parliamentary seat under Mordi Bimol – DAP) now with the opposition, we also have Opar also in the opposition.

“You can go ask people from there whether they have enjoyed any development from their elected reps,” he said.