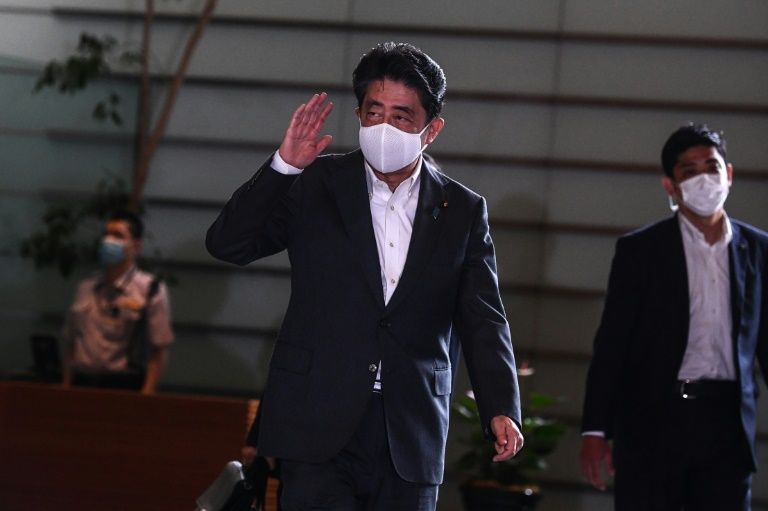 Abe made the call despite being in the final days of his tenure, after deciding to resign for health reasons — a sign, analysts said, of the importance he attaches to the issue.

In a statement he warned that the country’s security environment is becoming more testing, citing the ballistic missile threat posed by North Korea, and questioned whether Japan could protect itself sufficiently with interception systems alone.

“I believe it is necessary to enhance deterrence and thereby further reduce the possibility of an attack against Japan by ballistic missiles and others,” Abe said.

In order to discourage such attacks, his government had considered a new missile policy.

Abe insisted that the discussions were within the “scope of the constitution and in compliance with international law.

“Japan’s exclusively defence-oriented policy will not change at all,” he said.

But the possibility of Japan acquiring a strike capacity, even if couched in terms of deterrence and defence, is controversial.

The LDP’s coalition partner Komeito is firmly opposed to any offensive military expansion, and the cost could also provoke objections.

Japan’s armed forces are restricted to self-defence by the post-war constitution and the country relies heavily on the US under a bilateral security alliance.

In 2017, the government approved the purchase of a missile defence system, Aegis Ashore, at an estimated cost of $4.2 billion over three decades.

But earlier this year, the government said it was scrapping deployment of the system after concerns from residents about the risks posed by a missile defence system in their backyard.

Abe’s statement has no binding effect on the government that will be formed next week after a new prime minister is named — most likely chief cabinet secretary Yoshihide Suga.

But analysts said Abe hoped to frame the debate after his departure.

“By issuing the statement, Abe aims to pave the way for a new defence policy and leave his legacy to the next government.” — AFP