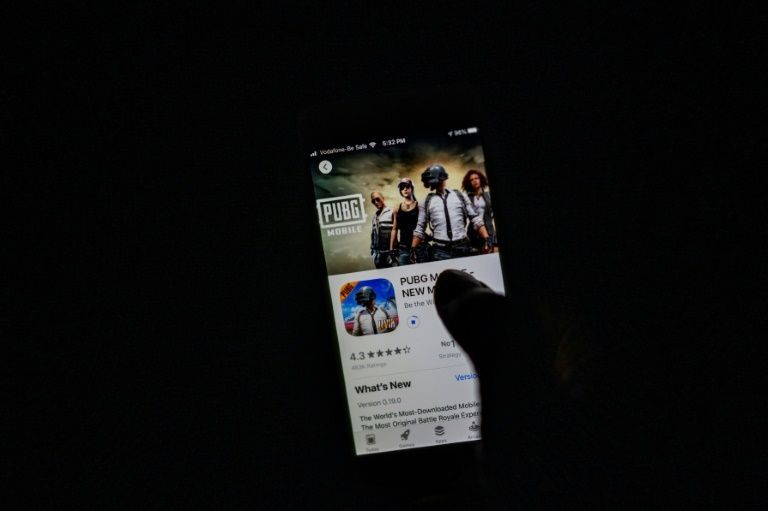 The mobile version of PUBG has been downloaded millions of times in India. AFP Photo

India on Wednesday banned 118 more Chinese apps as the backlash intensified against Beijing over an increasingly bitter border showdown between the giant neighbours.

The government said the apps — including the popular video game PUBG and other services provided by Chinese internet giant Tencent — promoted activities “prejudicial to sovereignty and integrity of India, defence of India, security of state and public order”.

India and China, which fought a border war in 1962, have been embroiled in a series of deadly clashes and showdowns on their disputed Himalayan frontier in recent weeks.

In June, 20 Indian soldiers were killed in hand-to-hand combat in the Ladakh region. An Indian special forces member was killed in one of two incidents at the weekend.

China has also suffered casualties in the high-altitude battle at more than 4,200 metres (13,800 feet) but has not given figures.

India had already banned 59 Chinese apps — including the video-sharing platform TikTok — after the June battle. Another 47 were added in July.

The PUBG mobile app has millions of young users in India. The company said it had been made aware of the government action but had no comment.

Other apps targeted by India include games, online payment services, dating sites and even software to edit selfies.

The IT ministry accused the apps of stealing user data and moving it abroad.

The “mining and profiling by elements hostile to national security and defence of India, which ultimately impinges upon the sovereignty and integrity of India, is a matter of very deep and immediate concern which requires emergency measures”, it said.

India has increasingly used economic weapons against its neighbour in the dispute.

On top of banning the apps, India has frozen Chinese companies out of contracts including for its 5G mobile phone infrastructure and blocked Chinese goods at ports and customs posts.

India has warned that relations risk permanent damage unless China pulls its troops back to positions they held before May.

Tensions at the border are now at some of the highest levels since the 1962 war.

Both sides have sent tens of thousands of troops to the region with India dispatching more since the weekend, according to sources in Ladakh.

Indian and Chinese military officers held a third day of emergency talks at the border Wednesday but no progress in easing tensions has been reported.

India accused Chinese forces of seeking to take more territory at the weekend, but its troops, including special forces, seized a number of hills that dominate a strategic valley.

“Since the start of this year, India has repeatedly violated bilateral agreements and important consensus” on the frontier, foreign ministry spokesperson Hua Chunying said in Beijing.

“It has tried to unilaterally change the status quo by force, undermined the peace and stability of the border area, and caused tension in the border area. The responsibility is undoubtedly solely on the Indian side.” — AFP