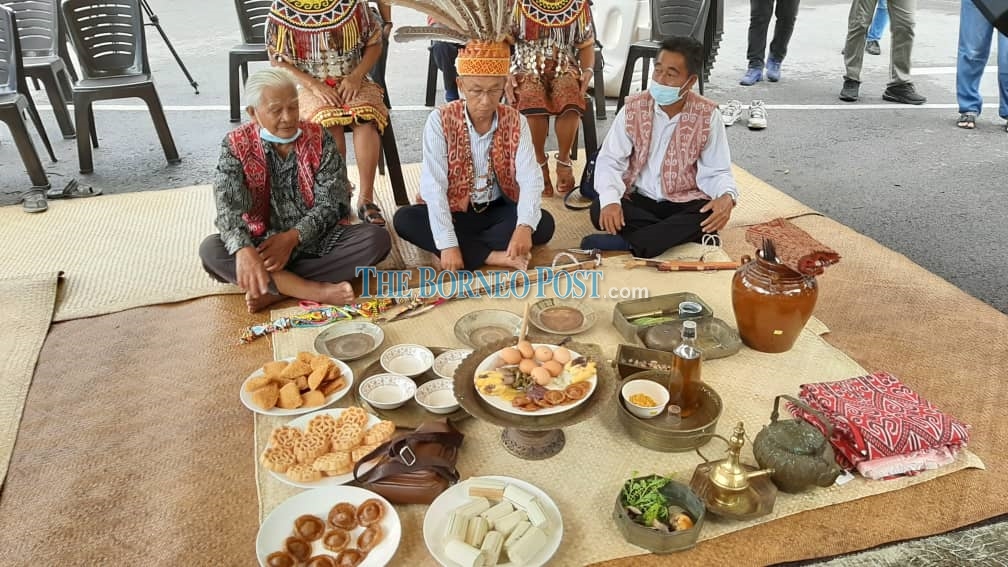 KUCHING (Sept 27): The Sarawak Museum Department will be relocating the Iban war boat to Borneo Cultures Museum within this year, said its director Tazudin Mohtar.

When met after the ‘miring’ ceremony conducted on the boat near Sarawak Islamic Museum here today, he said the artifact which was under the department’s care for 51 years will have to undergo cleaning works first before being relocated it to the museum’s fourth floor.

“There were three rituals done since Friday – the first one was done on the ‘kelerieng’ by the Punan Bah, the second was on the ‘kelidieng’ by the Melanaus, and today’s ‘miring’ ceremony on the war boat by the Ibans.

“We from the museum are the caretakers of Sarawak’s cultural heritage, that is why we have to follow the customs and beliefs of the local races.

“Also, our community likes to look at the many cultural materials placed in one area and displayed so that they can record memories or serve as creative inspiration,” he said 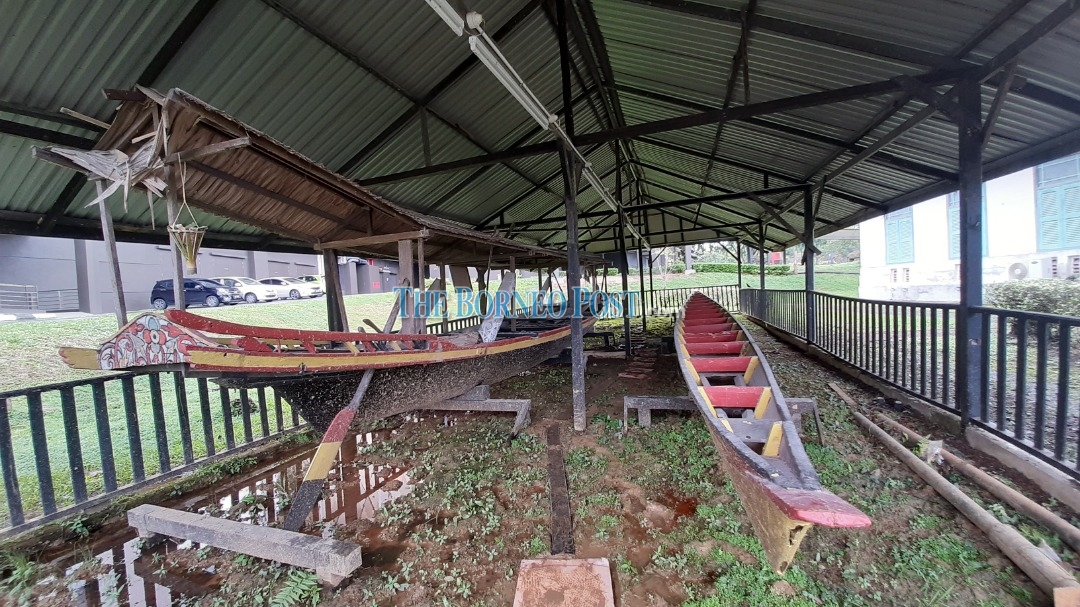 The Iban war boat (left) will be relocated to the fourth floor of the Borneo Cultures Museum within this year.

It was learnt that war boat originally belonged to a Malay by the name of ‘Ate’, which was later purchased by Tuai Rumah Anding Manja, together with nine other members of his longhouse at Gensurai, Layar.

In 1915, Anding received an official notification to participate in an expedition against the rebels at Bukit Salong on the upper Mujong in the Third Division in Sarawak.

The Iban war boat was acquired in 1969 and was deemed as one of the oldest artifacts under the Sarawak Museum Department’s care.

Generally, a ‘miring’ ceremony will be done before the boat relocates to another place.

The ceremony held today was headed by Igai Melina who is also assistant researcher of Iban division in Majlis Adat Istiadat Sarawak (Mais). He was accompanied by assistants Uking Nawang and Thomas Sujang.

“We are proud to see a society that is very mindful to their own cultures and customs as these cultural products are also important to attract tourists at home and abroad.

“The museum acquired the boat as a result of purchase acquisition, which was sometimes done through donations or bequeathed from members of the public,” Tazudin said.

He added that the museum is open to any historical materials to be lent, donated or handed over by sale, of which the museum will conduct assessments to verify its authenticity, culture values and significance.

On another note, he said more than 1,600 cultural artifacts will be on display in the new museum which is expected to open to the public on April 2021.

On historical heritage, he revealed that the Brooke-era Fort Emma in Kanowit still in the process of developing its contents, where it should be able to help the youths to learn history and culture, at the same time building a strong identity.