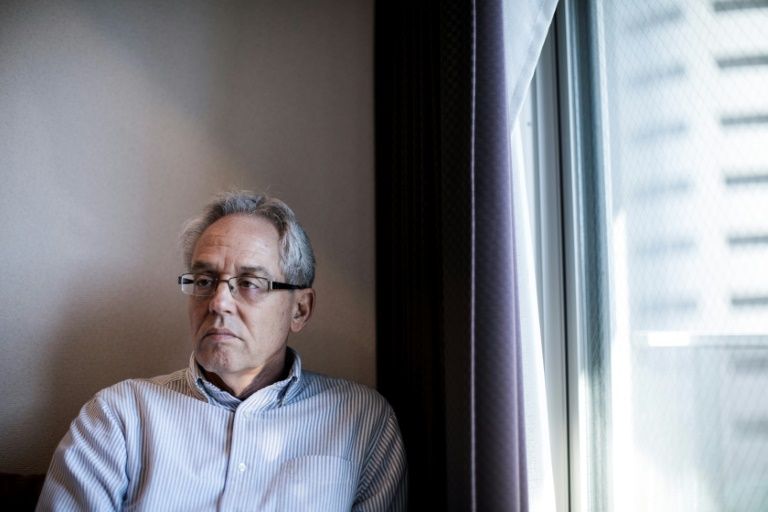 Ghosn’s arrest in the Japanese capital in November 2018 on allegations of financial misconduct made headlines worldwide and kicked off an astonishing fall from grace for the businessman, once hailed as a corporate saviour for rescuing Nissan from the brink of bankruptcy.

But Kelly was also detained that day, having been effectively lured back to Japan from the United States on the premise of an urgent meeting.

And with Ghosn in Lebanon as an international fugitive after he made an audacious escape while out on bail in Tokyo last year, Kelly is now the only person expected to face trial any time soon in connection with the case.

The American lawyer appears in court from Tuesday facing a single charge: of conspiring to under-report tens of million of dollars in pay that Ghosn was allegedly promised after his retirement.

Kelly, who will turn 64 on the day the trial opens, denies any wrongdoing. He faces up to 10 years in jail if convicted.

The trial, expected to last around 10 months, centres around one question, fraught with complex technicalities: did Kelly and Nissan between 2010 and 2018 illegally conceal payments of around 9.2 billion yen ($87 million at today’s rates) promised to Ghosn on retirement?

Nissan, which will be on trial alongside Kelly, says yes, and plans to plead guilty, multiple sources told AFP.

But Kelly has insisted on his innocence since day one.

“I didn’t do anything wrong,” he told AFP in an interview in early September.

“Carlos Ghosn never got paid anything and he wasn’t promised anything,” he insisted.

Nissan and Japanese prosecutors disagree, arguing they have evidence that these future payments were pledged to Ghosn, and therefore should have been disclosed in the firm’s financial filings as required by Japanese law.

Prosecutors have amassed a vast amount of documents, only a small portion of which the defence have been given so far, according to Kelly’s lawyers.

Despite that, his team decided to agree to move to trial, arguing they had “no choice”, with Kelly prevented from leaving the country and separated from his family while he waits for his case to go to court.

Kelly’s legal team say they are confident he can be acquitted, despite the track record of Japan’s prosecutors, who win over 99 percent of the criminal cases they bring to court.

But they argue they have been put at a strong disadvantage by the court’s refusal to allow overseas witnesses to testify by videoconference.

The defence say some witnesses who could help acquit Kelly fear being detained if they testify in person in Japan.

“There is no trust in the Japanese judiciary system among foreign witnesses,” Kelly’s US lawyer James Wareham told AFP.

“They are afraid, they are not going to come to Japan.”

Despite the obstacles, Kelly’s Japanese lawyer Yoichi Kitamura said he is “confident we can win the case”.

Nissan has been tight-lipped about the trial, with a spokeswoman saying only “we do not comment on pending litigation”.

The company appears uncomfortable to finally have arrived at the court date, with a source close to the firm’s leadership saying there was concern about negative media attention.

One of the trial’s key witnesses will be Hari Nada, Kelly’s former colleague, who obtained whistleblower status from prosecutors in exchange for his cooperation.

Former CEO Hiroto Saikawa, who was forced out over financial improprieties discovered by an internal investigation in the wake of the Ghosn scandal, will also give testimony.

The fact that he was able to resign without facing prosecution has been cited by Ghosn as evidence of what he claims is a biased justice system.

The former auto chief has defended his decision to flee Japan by claiming he would not have received a fair trial. – AFP