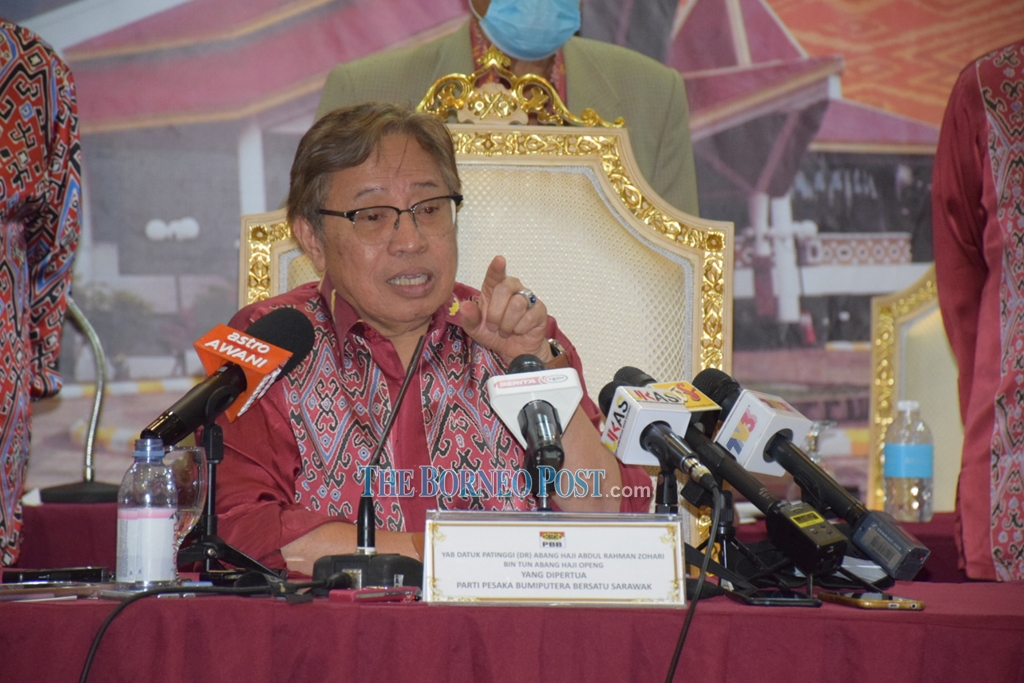 “As far as Sarawak is concerned, GPS, as the dominant party, will contest in all the 82 seats,” Abang Johari, who is GPS chairman, told reporters here today.

He added that GPS had an understanding on this political arrangement with PN, referring to assurances given to the state coalition in July by PN leaders that they would not contest in the next state polls.

Abang Johari was asked to comment on the Progressive Democratic Party’s (PDP) call on Deputy Minister of Energy and Natural Resources Ali Biju not to defend the Krian state seat in the next state election.

Ali had won the seat on the Parti Keadilan Rakyat (PKR) ticket in the 2016 state polls and had recently joined, Parti Pribumi Bersatu Malaysia, which is in PN, a loose coalition formed following the collapse of the Pakatan Harapan government in February this year.

Another PN member, PAS, had two weeks ago voiced its intention to contest in the state election due next year.

Sarawak PAS Commissioner Jofri Jaraiee had said the party had identified several state constituencies to contest in the next state election.