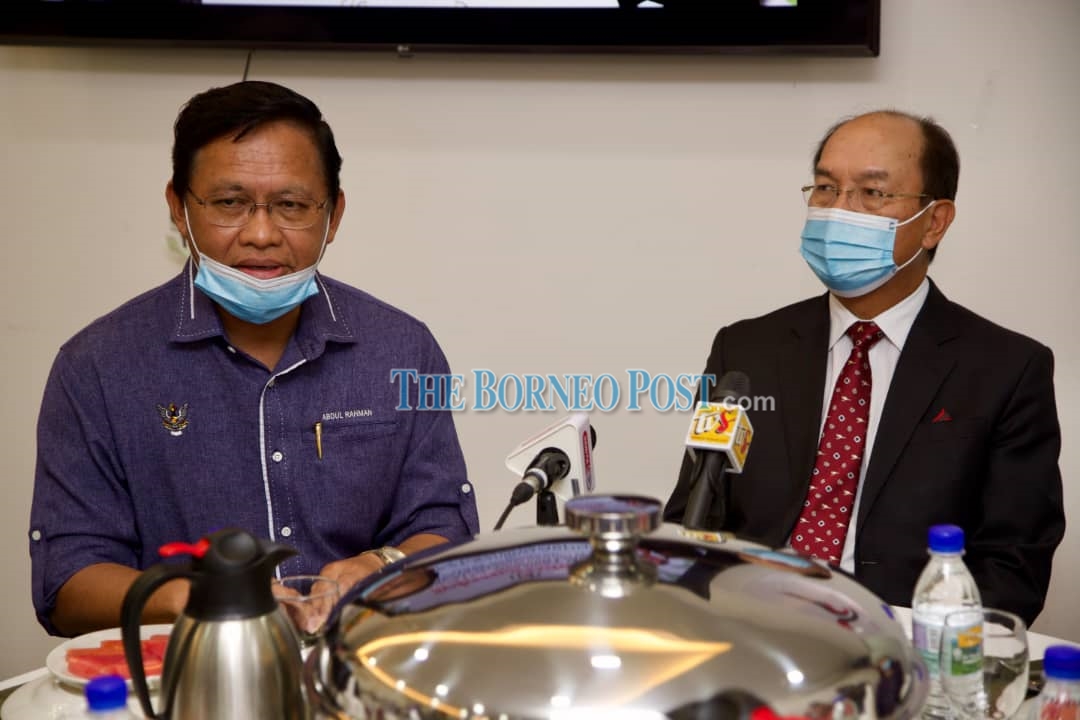 Gerawat (right) and Dr Abdul Rahman at a press conference after the former’s visit to the latter’s office.

The state legislative assembly (DUN) Deputy Speaker said he and his team have worked all year round and they are ready to face the state election at any time.

“For us, it’s an every time preparation as we do our work, meeting the constituents all year round,” he told a press conference after leading his staff from Mulu Service Centre to visit the Pantai Damai Service Centre here today.

Gerawat noted that their visit to the Pantai Damai service centre was also part of their preparation for the coming state election.

He said they have chosen to visit, learn and find out about the success stories of the Pantai Damai service centre and from the briefing given, they now understand why Pantai Damai is very successful and why it is one of the best.

“The centre is doing very right and I can learn from the briefing given by the staff, how they organised and how they reach out to the area and most importantly how they network together with the agencies and the non-government organisations to get the best outcome from them.

“To me, why I said Pantai Damai service centre is among the best is based on the results for the state election, where we see in the 2011 state election, the majority was 5,000 plus and then in 2016 the majority double to 9,000 plus, almost an 100 per cent increase (in votes).

Gerawat admitted that they are some differences between the two constituencies, where Pantai Damai is an urban constituency and Mulu is a rural constituency.

He, however, said the principle and way things are organised would be great help for them.

“It is with that hope that my team will go back and try to apply what has been done in Pantai Damai with the objective that we will also get similar results with Pantai Damai in the coming election,” he said.

Mulu is one of 11 new seats created by the Election Commission in the 2015 redrawing of the electoral boundary.

The seat saw a four-cornered fight in 2016, which was won by Gerawat as Barisan Nasional direct candidate with a vote majority of 1,708.

On other matter, Gerawat said Mulu, like any other tourist destination, was also badly affected by the Covid-19 pandemic.

He said the foreign tourist arrival to Mulu was almost zero because of the travelling restriction imposed against foreigners.

“But we are promoting Mulu domestically, hoping to woo visitors from other parts of Sarawak and Peninsular Malaysia.

“Like what the Minister of Toruism, Art and Culture Datuk Abdul Karim Rahman Hamzah had been saying, it’s time for us to promote domestic tourism,” he said.