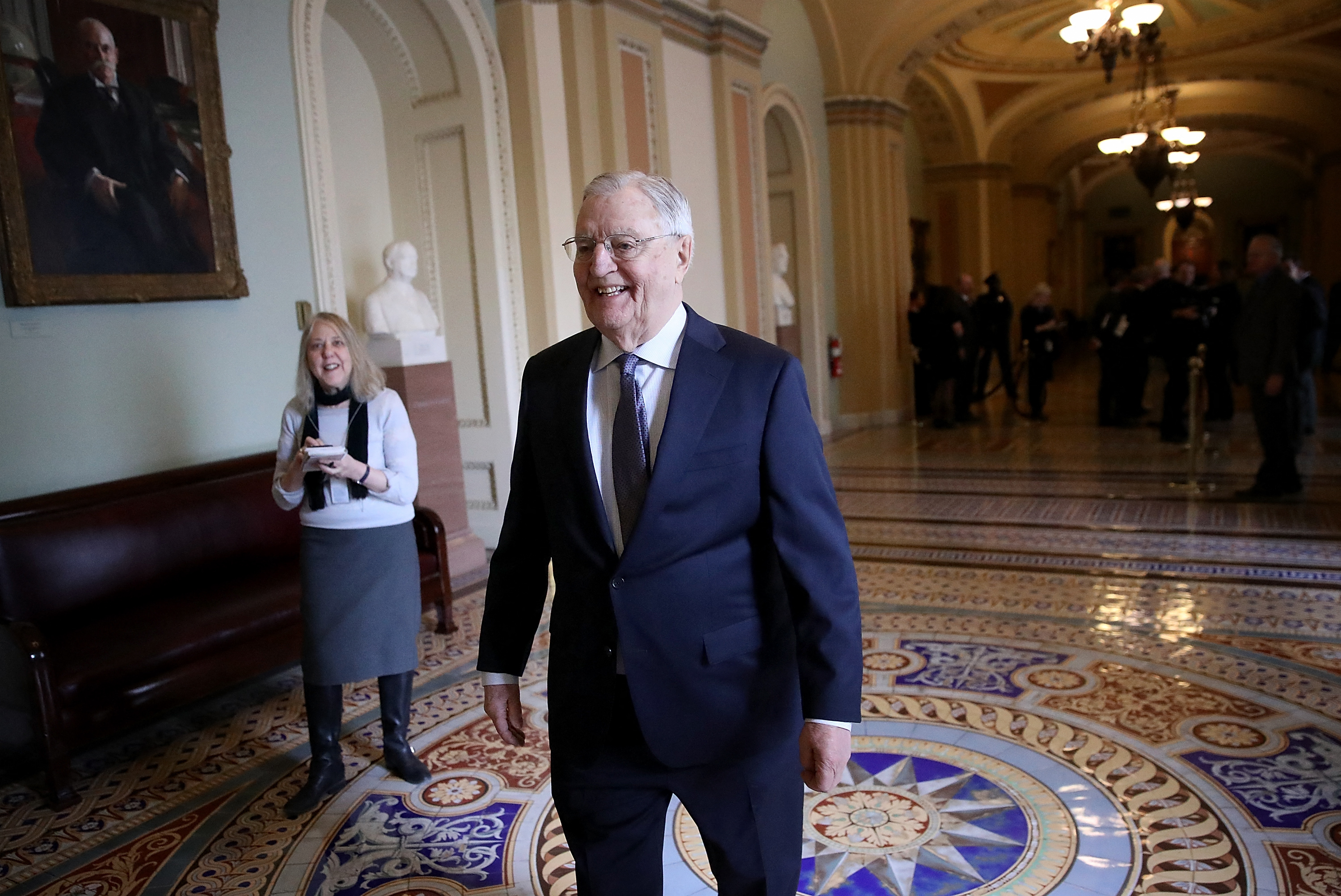 In this AFP file photo, Mondale walks outside the US Senate chamber in the US Capitol on Jan 3, 2018.

WASHINGTON (April 20): Former US Vice President Walter Mondale, a liberal icon who famously told voters to expect a tax increase should he win the presidency, died Monday, US media reported. He was 93 years old.

No cause was given for Mondale’s death, according to reports citing a statement from his family.

Mondale served as vice president under President Jimmy Carter, from 1977-1981.

“Today I mourn the passing of my dear friend Walter Mondale, who I consider the best vice president in our country’s history,” Carter said in a statement, extending his condolences to his former number two’s family.

“He was an invaluable partner and an able servant of the people of Minnesota, the United States, and the world.”

Prior to his stint at the White House, Mondale had served as attorney general to his home state of Minnesota from 1960-1964, and then as US senator from that state from 1964-1976.

After Carter left office, Mondale went on to serve as ambassador to Japan between 1993 and 1996.

“Walter Mondale was a true public servant and my friend and mentor,” she said on Twitter.

“He set a high bar for himself and kept passing it and raising it.”

Current Vice President Kamala Harris said in a statement her predecessor “led an extraordinary life of service,” and called him “so generous with his wit and wisdom over the years.”

Walter Frederick “Fritz” Mondale was born on January 5, 1928 in the tiny town of Ceylon, Minnesota. The son of a Methodist minister and a music teacher, he moved through several small towns in the southern part of the state throughout his childhood.

Mondale began his national political career in 1964, when he was appointed to fill Humphrey’s Senate seat, the latter having resigned to become vice president.

He made his own bid for the White House 1984, facing off against Republican Ronald Reagan. Mondale picked US Representative Geraldine Ferraro as his running mate, making him the first major-party presidential nominee to put a woman on the ticket.

During his campaign, he infamously told voters to expect a tax increase if he won, which would later go on to define the race.

On Election Day, Mondale won only Minnesota and the District of Columbia.

“I did my best,” he said the day after the vote.

Mondale served as the US ambassador to Japan under Bill Clinton, and he sought to increase trade between the two countries.

He kept up his relationship with the Clintons and in 2008 initially endorsed Hillary Clinton for president. He changed his endorsement once Barack Obama secured the nomination.

Mondale married his wife, Joan Adams Mondale, in 1955. The couple had three children: sons Ted and William, and daughter Eleanor.

Ted and William followed their father into politics and public service, while Eleanor became a broadcast journalist.

Joan died in 2014 after an extended illness, and Eleanor died in 2011 from brain cancer.