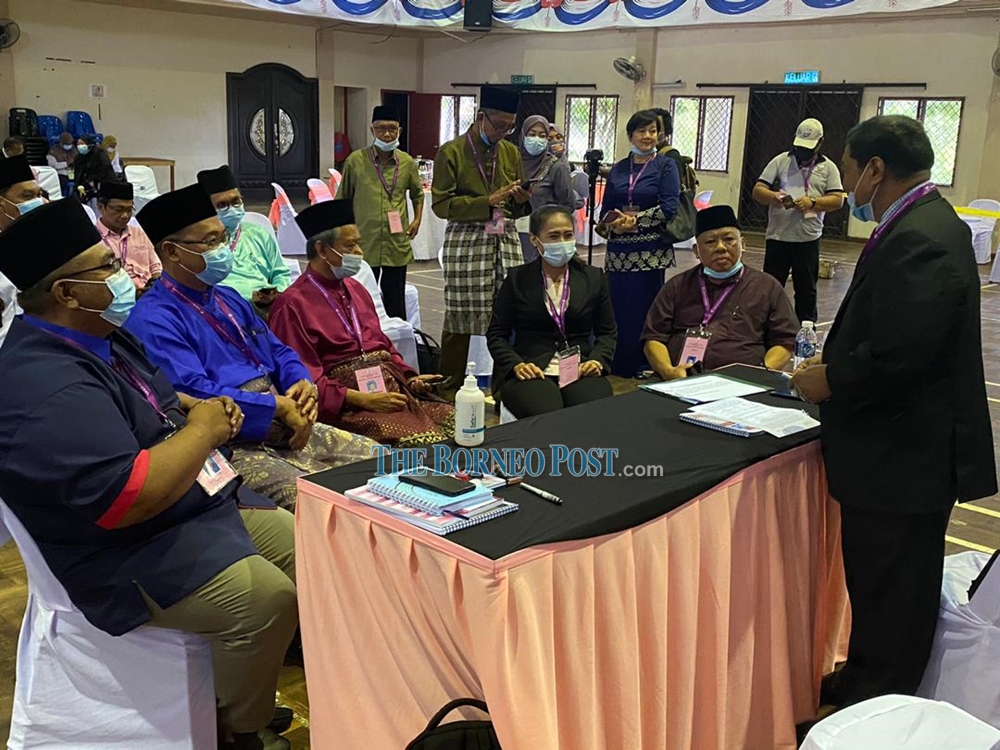 Pantai Manis candidates (from left) Fauzi, Tamin, Yahiya, Mazreca and Awang Damit listening to a briefing by the returning officer.

The Parti Warisan Sabah candidate was confident that he would win in the state polls on Sept 26.

“This is the first time I’m contesting in an election and for me, the chances (of winning) is always there. If I don’t think I can win, I will not have agreed to contest.

Returning Officer Ghulam Rasul Hapil announced the candidates at around 11am.

The seats incumbent is Warisan’s Aidi Mokthar who won the last election with a 2,108 majority after garnering 9,234 votes.