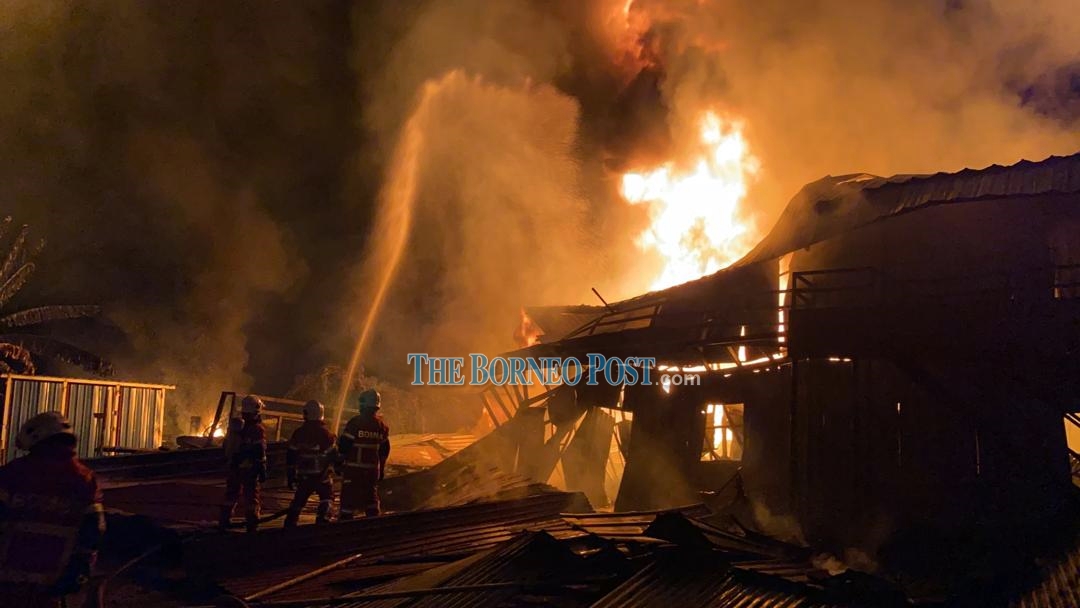 Bomba received a distress call at around 9pm and directed the firefighters from Tabuan Jaya, Padungan and Batu Lintang fire stations were rushed to the scene.

The fire was brought under control at 10.24pm and Bomba concluded their operations at 11.37pm.

No injuries were reported in the blaze.

The cause of fire is still under investigation.