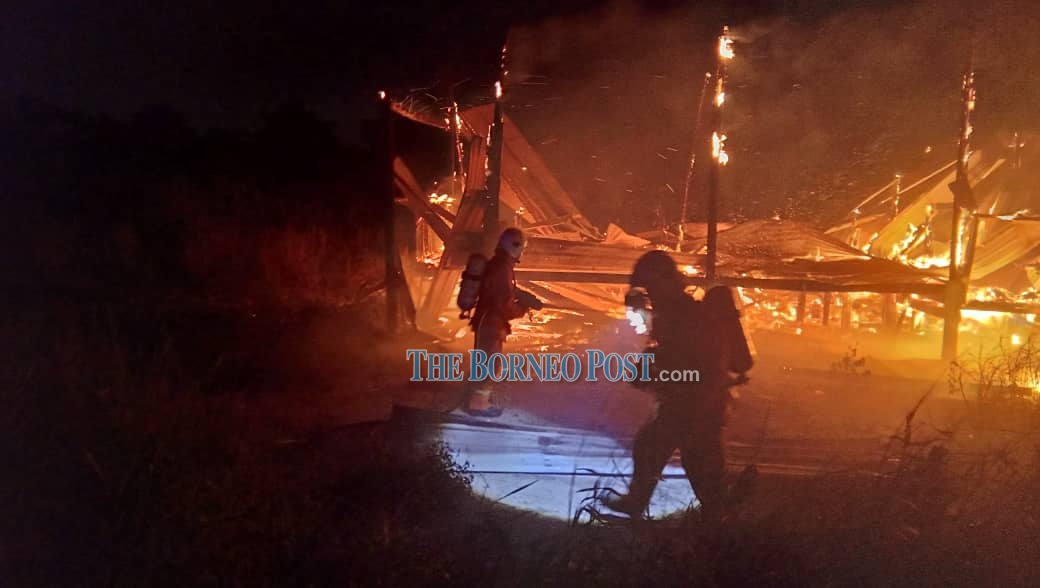 Bomba personnel working to put out the fire.

MIRI (Aug 20): An unoccupied house was destroyed in a fire that broke out at Jalan Lusut Kampung Bidayuh here last night.

Miri Fire and Rescue Department  chief Law Poh Kiong said they received a distress call on the fire at around 11.47pm.

“A team of Bomba personnel from the Miri Central fire station rushed to the scene immediately after receiving the call.

“Upon arrival at the scene, the team found that the unoccupied wooden was destroyed by the fire,” he said in a press statement here.

Law said the team used the water from the fire engine to extinguish the fire and managed bring the fire under control at around 12.30am.

“Our team carried out overhaul work at the location to ensure that it is completely safe and all the fire have been completely put out,” he said.