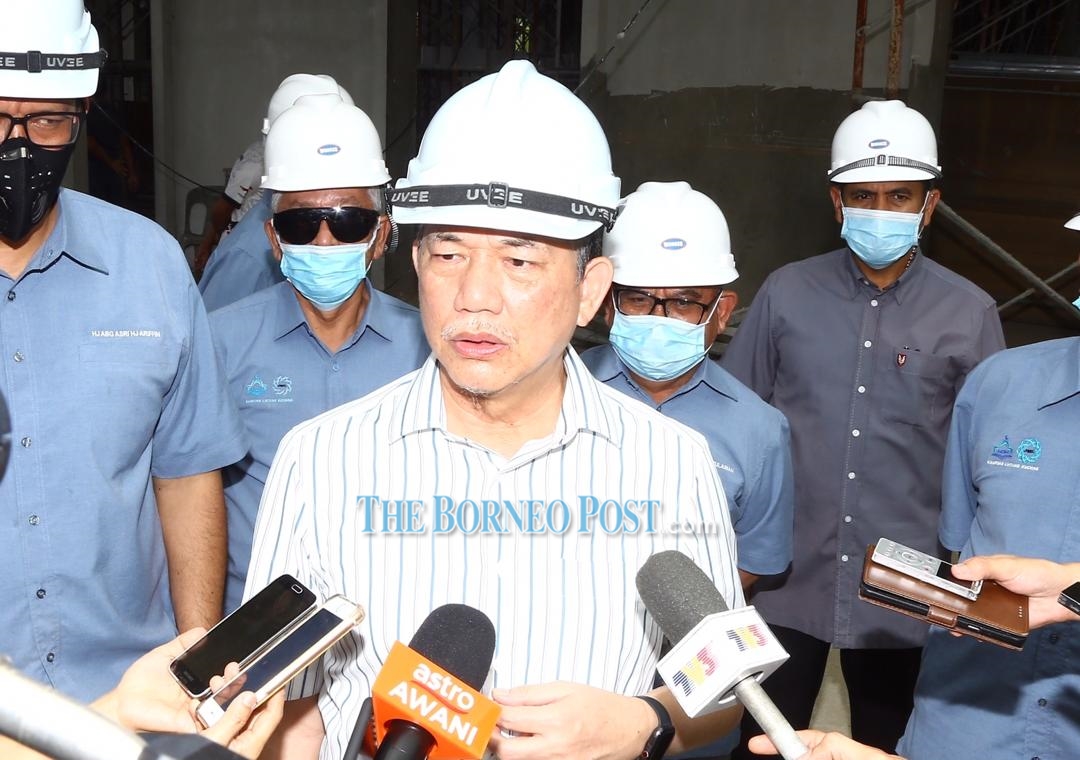 Fadillah speaking to reporters after visiting the project site of Masjid Darul Naim Kampung Lintang near Jalan Astana in Kuching this afternoon.

KUCHING (Sept 27): Senior Minister Datuk Seri Datuk Seri Fadillah Yusof believes that the situation during Sabah state election may not reflect what may happen during the coming Sarawak state election.

The Gabungan Parti Sarawak (GPS) parliamentary chief whip said the sentiments and perception of Sabahans and Sarawakians are different, and so long as GPS works hard in giving the best service to the people, it should be able to do well in the coming state election.

“Every state election is different. Sabah has its own sentiments and perception of the people, Sarawak also different, same goes for the peninsula.

“So it’s important in Sarawak that GPS gives the best service to the people so that they will support and give fresh mandate to GPS and the chief minister (Datuk Patinggi Abang Johari Tun Openg) to continue steering Sarawak to greater heights,” he said.

He was speaking to reporters when met after visiting the project site of Masjid Darul Naim Kampung Lintang near Jalan Astana here this afternoon.

Fadillah, who is also Works Minister and Petra Jaya MP, also advised GPS leaders and machineries not to be complacent with the result of Sabah state election and not interpret the result literally to the coming Sarawak state election.

He advised them to focus on serving the people during this pressing time of Covid-19 pandemic and not politicking.

“This is not the time for politicking. We have to work together to find solutions to restore the economy. That should be our focus now,” he said.

Fadillah also commented on the recent statement by Parti Keadilan Rakyat (PKR) president Datuk Seri Anwar Ibrahim claiming that he has support from majority MPs to take over Putrajaya and become prime minister.

“Please stop this (politicking) for now and focus on restoring our nation’s economy for the benefit of the people,” he said.

Meanwhile, Fadillah said now that the democratic process in Sabah has been carried out without a hitch, the new leadership should focus on curbing the spread of Covid-19 in the state, seeing that the situation there is worsening.

“What is important now (for Sabah) is to focus on winning the war against Covid-19 and curbing further spread of the disease,” said Fadillah.