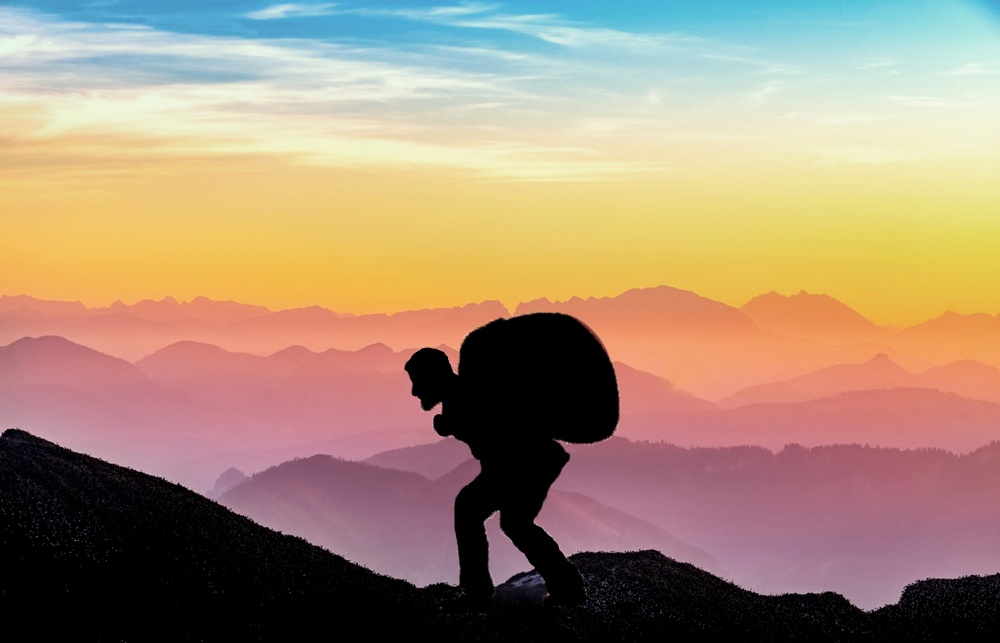 I was standing in a queue at the airport waiting to check in when I heard a couple behind me arguing.

“I told you not to buy so many things. Now we are going to be overweight.”

“What about your books? They are the heavy ones.”

Glancing back, I realised the source of their mutual recrimination. The number of bags they had obviously would pitch them over the baggage allowance. Noting that I had only a small carry-on bag, the wife said to me, “Mister, can you check in one of our pieces of luggage for us?”

Having heard of many horror stories of people being duped into carrying drugs, I replied tersely, “No!” and spent the next half hour avoiding eye contact with the couple.

Yes, we all carry excess baggage, and not just when we are travelling by air, but also in our journey of life. Somehow, we just cannot resist accumulating so many things and all kinds of bric-a-brac. Occasionally, we go through the routine of trying to throw out the unwanted and unnecessary and keep only the important — separating the wheat from the chaff, so to speak. However, that is easier said than done, for how do you distinguish one from the other?

“The problem with you is that you are a squirrel,” said my wife, watching me going through the Hamlet-like routine of “to throw or not to throw.” And most of the times the “not” won the day. I like to console myself that my affliction is universal and that it is grounded on the very sound principle of being thrifty and frugal.

I remember my late parents used to drum into our heads – “waste not and want not.” My dad even told us a story of two neighbours, one an extravagant merchant and the other a humble thrifty farmer. The merchant’s family used to throw leftover rice into the drain which ran past the farmer’s house.

The farmer, the prudent soul that he was, collected the rice, washed them, and dried them in the sun before storing. Some years later a drought hit the region and famine set in. It was so bad that the people were reduced to eating tree bark.

One day the farmer found the merchant and his family languishing with hunger. He took them into his house and fed them rice gruel and continued to take care of them until the famine was over. “Where do you get the rice to make gruel when the whole region is starving?” asked the merchant.

The farmer then took the merchant to his store. There he saw bags of dried rice. “Do you know what this is?” said the farmer. “This is the rice which you threw into the drain all these years.”

With a story like that in my head can you blame me for being a squirrel? Then there is that little matter of sentimental value. Some of the things we collect are not just things. They are fragments of our life, memories made tangible.

But there comes a time when reality bites, we just run out of space. When reality strikes we have no choice but to take the bull by the horns and face the task of unloading our excess and unwanted baggage.

We need to learn to dump this unhealthy emotional baggage. Like a burden on our backs, they can press us down and prevent us from being able to move on with our lives and find happiness and success in relationships, business and family.

Benjie is a man of forty. All his life he has lived in the shadow of his dominating father. On top of that, he has three aunties who cared for their nephews and nieces very much. When Benjie’s father died, he finally became the man of the house, having the sole responsibility of taking care of his two sisters, an ageing mother and the family business.

Concerned about Benjie and anxious for the welfare of the family, the aunties bombarded him with advice constantly and relentlessly. Finally, Benjie cracked and did the unforgivable. “Leave me f…ing alone!” he screamed and swore at his aunties. The aunties were very hurt. That was over a few years ago. Throughout those years a cold war smouldered.

Benjie, though sorry for his outburst, is too proud to admit it. His aunties are still in no mood to forgive. Such is the weight of the emotional baggage they all carry that the time-honoured principle, “blood is thicker than water” or the sage advice “forgive and forget” were crushed underneath it.

To end, let me share with you the teaching of Tanzan, a 19th-century Japanese Buddhist monk and professor of philosophy at the Imperial University. His wisdom comes down to us today in the form of the following Zen story or ‘koan’.

Tanzan and Ekido, a fellow monk, were walking together down a muddy road. Coming around a bend in the road, they arrived at a small, swift stream, where a lovely young girl in full dress kimono stood crying.

“Why are you crying?” asked Tanzan.

In between tears, the girl explained that she was due at a wedding in a village on the far side of the stream, but to cross the stream meant to ruin her kimono.

With that, he hoisted the girl on his back, waded across the stream, and deposited her on the far side dry and happy. Tanzan and Ekido continued down the road.

Ekido was mortified by that behaviour but he held his tongue until that night when they reached a lodging temple. Then he could no longer restrain himself. “We monks don’t go near women,” he told Tanzan, “Our order forbids it. Yet you carried that girl across the stream. Why did you carry that girl?”

“I left the girl at the stream,” replied Tanzan. “Why do you carry her still?”

Let us reflect on our lives. Are we carrying excess baggage, both physical and emotional, on our backs? Are we able to cast off these weights, to emerge lean and mean to take on life?