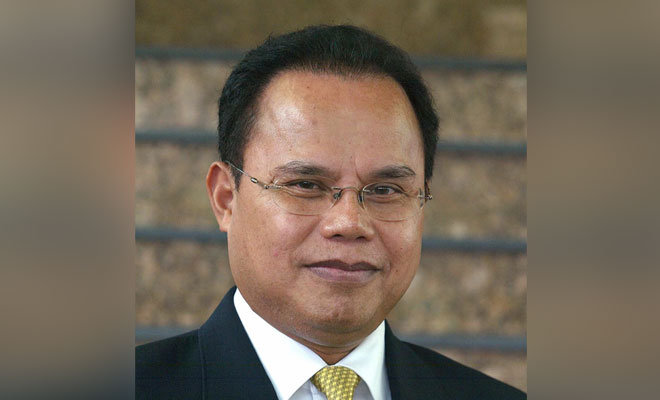 “Lest you forget your own ‘history’ and background – you should know that you yourself were a by-product of a split in the former Parti Bansa Dayak Sarawak. On that alone, you have little, if no moral ground to talk about ‘unity’,” Entulu said in an open letter today.

“To add further, who can also forget your bitter struggle with Larry Sng and associates over control of PRS in the name of ‘unity’? Or my own sacking from PRS under your watch – whatever happened to the spirit of unity and reconciliation?

“Or was it for your own self-preservation, politically? Would you have been magnanimous enough to preserve the unity in PRS without resorting to the power struggle?

“Only you can answer that. But I doubt ‘unity and reconciliation’ were foremost on your mind then. When you live in a glasshouse, you should be wary about throwing stones indiscriminately. What goes around comes around.”

Entulu was PRS deputy president until he was sacked in 2018 for allegedly supporting the opposition during the general election that year.

He joined Parti Sarawak Bersatu (PSB), which was previously UPP, in March this year with two other former PRS leaders.

Masing had told a news portal yesterday that he had opposed the formation of UPP about six years ago as the party would cause disunity in BN, revealing further that his concerns were shared by his colleagues in the coalition.

“I knew UPP, now known as PSB, isn’t good for our unity in the state. The president of PSB (Wong) wasn’t sincere in his intentions. He did basically nothing for the people of Bawang Assan despite being 20 years as its elected representative.

“Even when he declared full support to Datuk Patinggi Abang Johari (the chief minister), I didn’t believe him. Now his true characters come to the surface. My sympathy to those who believe in him,” he reportedly said in a statement.

Entulu said Masing’s unfounded criticisms only served to highlight the growing influence and popularity of PSB among the people of Sarawak and in areas which he and his party had assumed were their ‘fixed deposits’.

He said PSB believed in change in line with the times and it was mainly for this reason that Wong deemed it necessary to found a new political vehicle to continue his political struggle for the benefit of all Sarawak, which BN could not adequately fulfil due to the dominance of Parti Pesaka Bumiputera Bersatu.

“In short, PSB is offering a much better interest rate to the ‘Fixed Deposit of GPS’ – and it will do so. The rebranded PSB is the rising sun which will shine over the darkness created by the decades of a ‘one party rule’ which had provided little hope for a better Sarawak,” he said, referring to Gabungan Parti Sarawak (GPS) which was formed following the defeat of BN in the 2018 general election.

He said Masing appeared to have forgotten his remark that he would ‘sink or swim’ with BN when he abandoned BN and former prime minister, Datuk Seri Najib Razak, to join GPS and then, partnering with not only Umno but also PAS.

In contrast, Entulu said Wong clearly had the interest of Sarawakians at heart when he welcomed Ba Kelalan assemblyman Baru Bian, Batu Lintang assemblyman See Chee How, former Marudi assemblyman Datuk Sylvester Entri, himself and their supporters into PSB.

He added that Wong’s recent call for GPS Federal ministers to move a motion in the Dewan Rakyat to censure Pasir Puteh MP Nik Muhammad Zawawi Nik Salleh over his remarks on the Bible was proof of his belief in protecting and preserving the unity of multi-ethnic and multi-religious Sarawak.

“What had you (Masing), as a Dayak leader, a State Deputy Chief Minister and Christian done about this? I have not heard anything from your usually vocal person, not to mention your incredible shouts to sink or swim with BN.

“Who can forget your (Masing) ‘famous’ statement that GPS would rather work with Islamist party Pas than the DAP? As a fellow Dayak, may I humbly advise you (Masing) once again to stop throwing stones whilst still living in a glass house,” he said, referring to Masing’s comments in February this year

“Lest you (Masing) forget also may I share this quote from our President Dato Sri Wong Soon Koh – PSB is here to provide a meaningful and constructive leadership to all the people of Sarawak. We are here to strive for justice equality, fair play and progress for all communities – irrespective of race, religion and culture.

“What has PRS under your leadership achieved in these areas? For that, I leave it to our fellow Sarawakians to judge,” Entulu concluded.