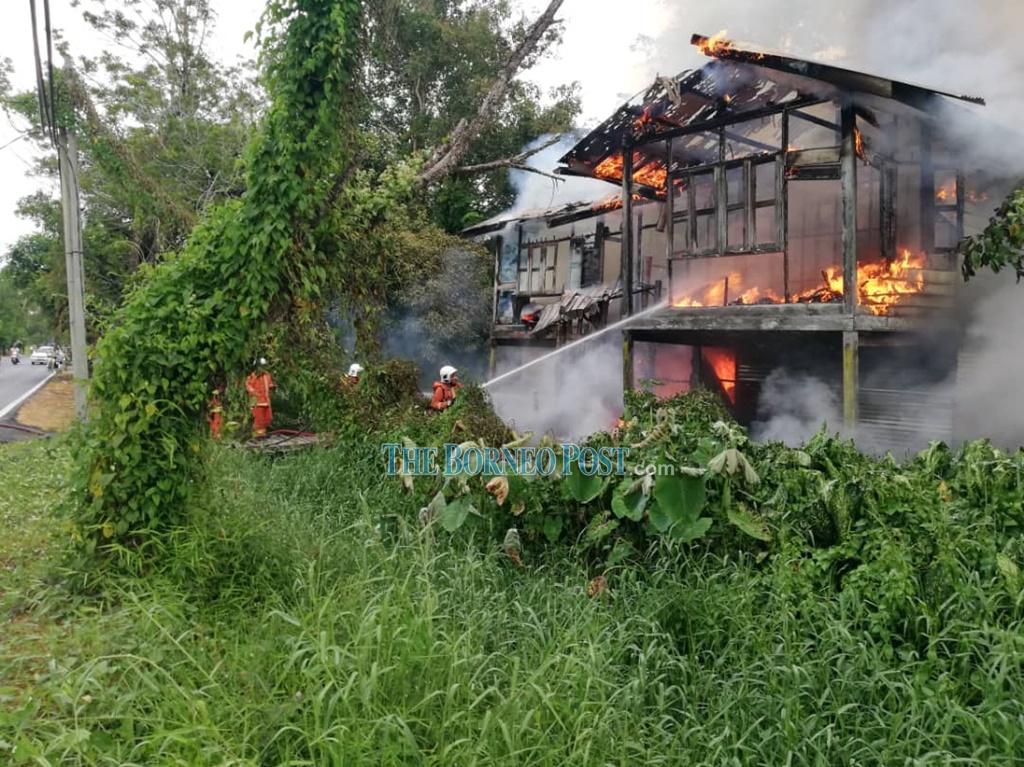 Fire fighters battling the blaze in Sri Aman this morning. – Picture by Fire and Rescue Department

KUCHING (Aug 27): Seven people, including an 11-year-old boy, were lucky to have escaped without any injuries when their rented house at Jalan Kejatau, Sri Aman, caught fire around 9.30am today

The, Fire and Rescue Department (Bomba), in a statement, said the double-storey wooden house was totally destroyed by the fire.

According to a witness, the fire started at the house’s kitchen and within minutes had engulfed the whole structure of the house.

Also destroyed by the fire were three motorcycles that were parked at the house’s compound.

The victims, who included four men and two women, managed to evacuate the burning house with the help of neighbours.

Firefighters from the Sri Aman fire station who managed to contain the situation around 9.50am.

After ensuring that the fire was fully extinguished, Bomba wrapped up the operation at 10.45am.

Also at the scene were the police and personnel from the Civil Defence Force.