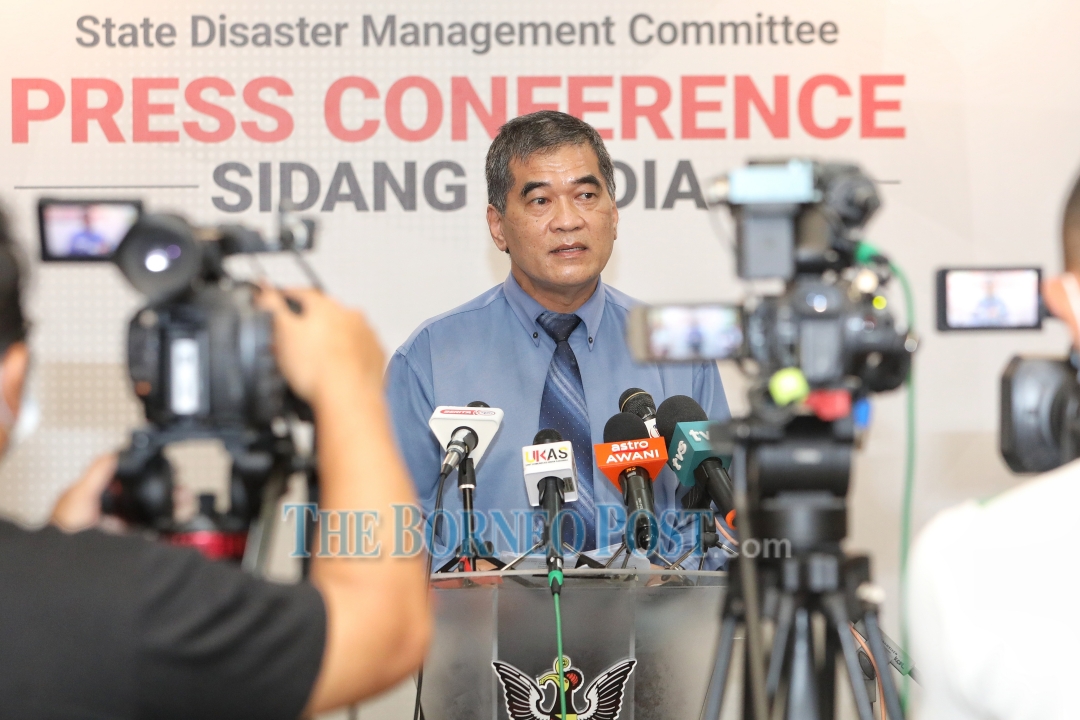 Dr Chin speaking at the press conference. – Photo by Chimon Upon

He said the Ministry of Health had on April 16, informed the State Health Department on this issue which had resulted in the vaccine not being supplied to Sibu.

However, he said the issue arose when there was a confusion by a clinic in Sibu that had given appointment dates to some patients who were listed in the standby list.

“The State Health Department was informed by the Ministry of Health in early April to prepare a standby list of frontline workers and chronic disease patients who have been screened to prepare to receive vaccinations on April 20.

“The vaccination was planned to be administered at the PPV at Sibu Indoor Stadium,” he told a press conference.

He said the initial plan was to administer the vaccine for 800 frontliners as well as Phase 2 recipients under the standby list.

“However, on April 16, the State Health Department was informed that there was a ‘lot release’ issue by the Ministry of Health and as such, the vaccine could not be supplied to Sibu,” he said.

He stressed that no appointment dates have been promised to those under the standby list which consisted of frontliners and comorbidity patients from the clinic for April 20.

“There is a confusion from the clinic which has given appointment dates to some of the patients because they were listed under the standby list,” he added.

Dr Chin pointed out that as frontliners were listed under the first phase of the vaccination programme, the notifications for vaccination were not through the MySejahtera app.

“They will have to confirm their attendance over the phone to their respective heads of departments.

“The list of frontline personnel was set by the State Health Department and had been distributed to the Sibu Division Health Office,” he said.

He stressed that only those who are listed will receive their vaccinations for Phase 1 through guidelines set for the frontliner list for the National Covid-19 Vaccination Programme.

In pointing out that the programme was cancelled and not postponed, he explained that the Sibu Divisional Health Office (DHO) was promised extra vaccines, Sinovac, by the department on top of the Pfizer-BioNTech vaccines administered at the stadium yesterday.

He told The Borneo Post that it was not a shortage of vaccine that led to the cancellation as reported by an online news portal but the department did not deliver the extra vaccines as promised.