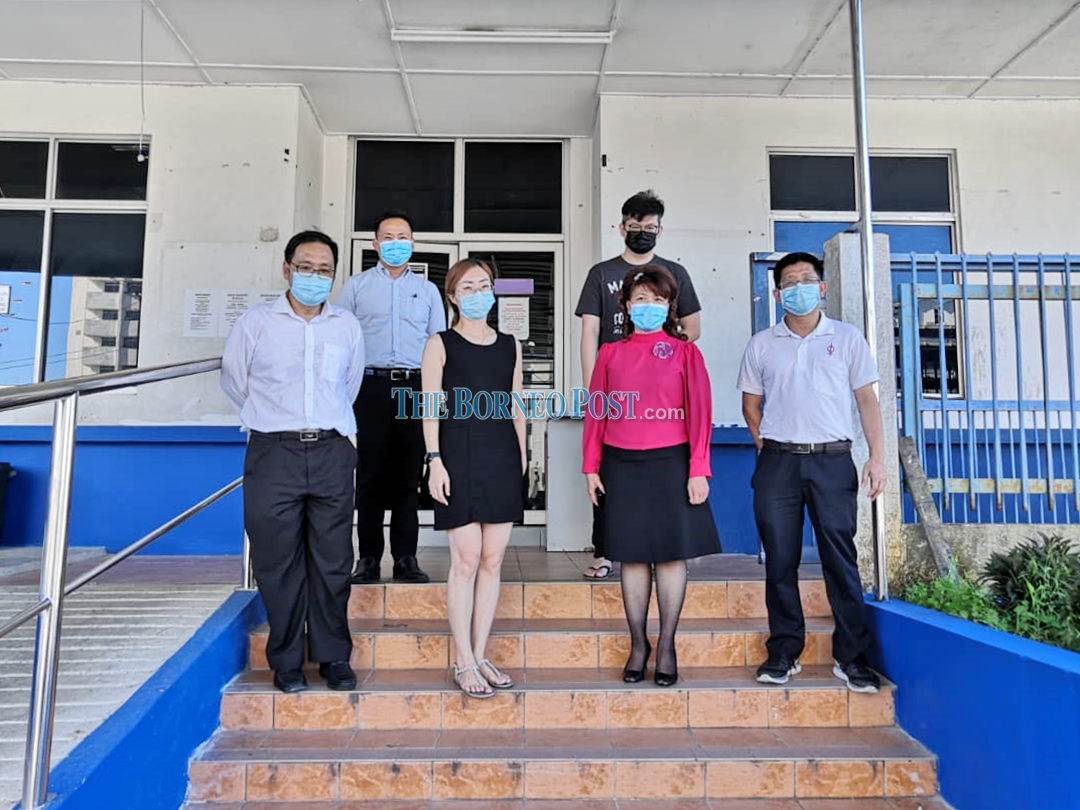 Chong (left) together with other DAP members leaving the police headquarters today after giving their statements.

KUCHING (Aug 21): Sarawak DAP is ready to cooperate with the Kuching North City Commission (DBKU) and other relevant authorities to solve the controversial road sign issue.

“We will give our full cooperation in accordance to the law of the council and any other relevant authorities,” Chong told reporters at the Kuching District Police headquarters today.

Chong was present for moral support to the members of Dapsy who were called in by the police to record their statements at 3pm.

He added that their presence at the police station also reflects their commitment to solve the issue with the authorities.

On another note, Chong who is also Stampin MP, said the issue had been blown out of proportion by a majority of West Malaysian netizens who saw the act from a racial perspective.

Most of the comments from West Malaysians on their Facebook pages, he said, do not understand the true situation in Sarawak whereby most of the road signs in major towns or cities are bilingual.

“Bilingual road signs have always been in the state even before the formation of Malaysia which is why it is actually an act of good intent to restore and preserve our multiculturalism in Sarawak,” said Chong.

He also hope that those from west Malaysia can see the multiculturalism in Sarawak as an asset to the country.

Chong also revealed that ex-Stampin MP Julian Tan had actually lodged a report of the new road signs (which omitted the Chinese characters) to the council a few weeks ago. However, no action was taken by DBKU.

He also cited the Kota Samarahan Municipal Council who took swift action to replace a road sign in Stakan, Kota Sentosa when a similar change was made recently.

“This is something good and special in Sarawak which is multilingual. This is our tradition and shows our multiculturalism which many Sarawakians are proud of,” he added.

Various parties have voiced their concerns regarding Dapsy’s latest action in putting up Chinese characters on road signs around Kuching City in an effort to make the signs multilingual.