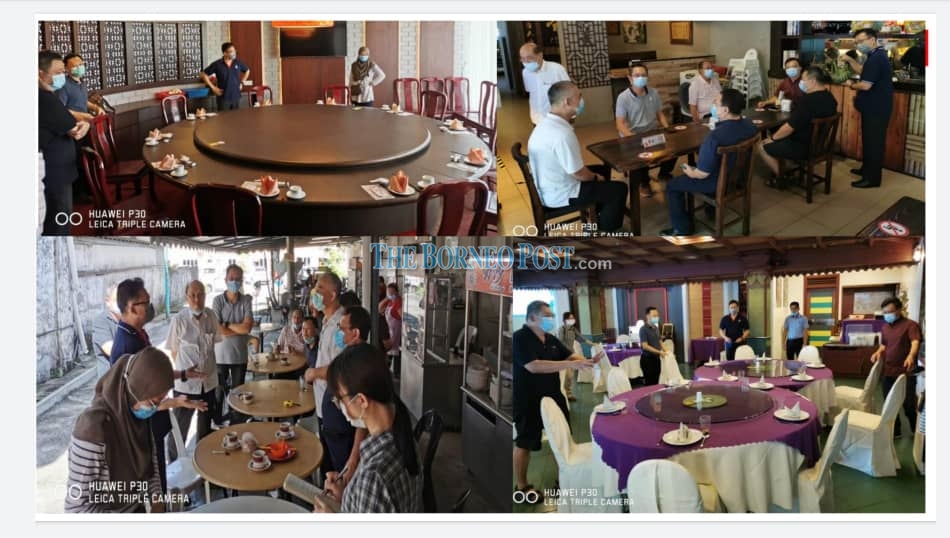 A Combination of photos in the SOP to show the seating arrangement for dine-in customers who come in group of eight persons. – File photo

He said this is because the state has its own ordinance and laws that enable the Sarawak government to enforce appropriate regulations that meet the needs and situation of Sarawak.

With Senior Minister (Security Cluster) Datuk Seri Ismail Sabri Yaakob’s latest announcement today that state governments must refer to the federal government before making decision on the SOP for Covid-19, Uggah said he has yet to hear of the new directive personally.

“I did not hear the comment today but I remember that there was once he announced the same conditions.

“However, he told us before that Sarawak was given an exemption because we have our own rules that can be applied and it has been agreed by the federal government.

“The federal government allows us to adjust any rules and SOP suitable for Sarawak,” he told reporters when asked to comment on the matter.

The State Disaster Management Committee (SDMC) chairman also said the federal government had previously recognised that the state has its own ordinance.

“However, we must also ensure that from time to time, our SOP is guided by the basic policy of what has been decided in Kuala Lumpur (federal government) but it is adapted to the situation in Sarawak,” he added.

Ismail at a press conference in Kuala Lumpur said if state governments were to implement their own SOPs, they may face difficulties in enforcing certain laws that were not gazetted by the federal government.

He said the decisions made by the state governments could also be challenged in court.