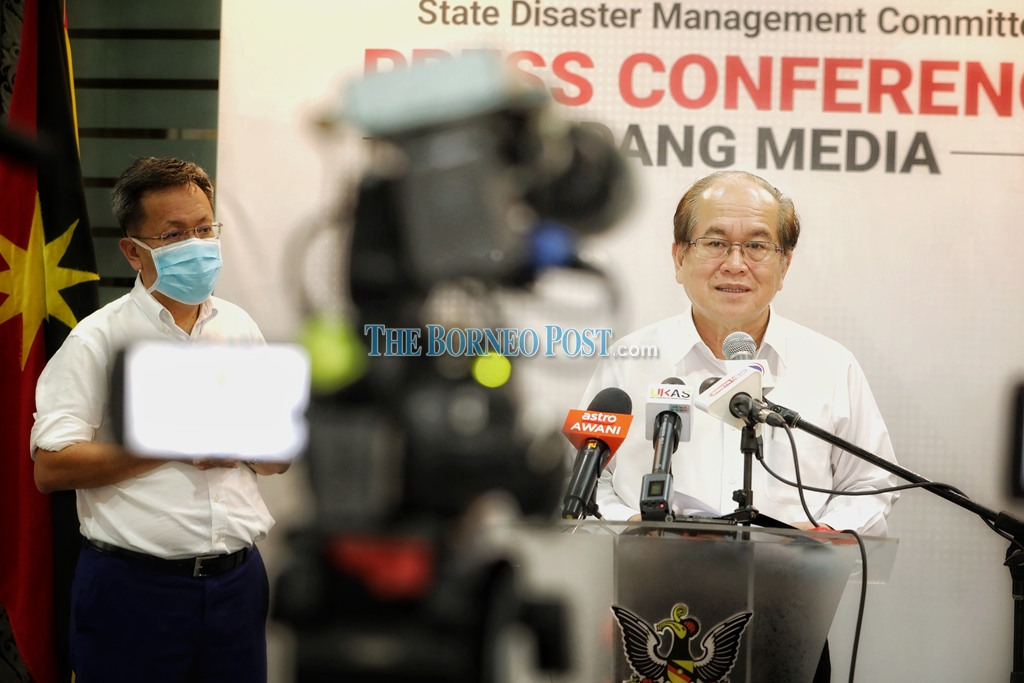 SDMC chairman Datuk Amar Douglas Uggah Embas said the new case was reported in Bintulu involving a 42-year-old Filipino, who works as an “Able Body” and will sign on at a vessel in Bintulu.

“Case 697 boarded a plane from Manila to Kuala Lumpur through the Kuala Lumpur International Airport 2 (KLIA 2) on Aug 25. The case stayed on at KLIA 2 before boarding a plane to Bintulu on Aug 26.

“Upon arrival at the Bintulu Airport, the case underwent the 14-day mandatory quarantine at a hotel in Bintulu. The case showed no symptoms.

“Before returning to Malaysia, the case underwent rT-PCR swab tests in the Philippines. The test results on Aug 18 and 23 came back negative,” he said at the daily update press conference here today.

Uggah said the case took the screening using the RTK Antigen on Aug 25 and the result came back negative.

However, during the case’s quarantine period in the hotel in Bintulu, the result of the rT-PCR swab test taken on Aug 26 came back positive, he said.

“The case was admitted to the isolation ward of the Bintulu Hospital. Contact tracing of this case is ongoing. This case is classified under imported case,” he added.

“A total of 16 individuals are still receiving treatment at the isolation wards of the hospitals,” he added.

Of these, 10 cases are at the Bintulu Hospital followed by four cases at Sarawak General Hospital, and one case each at Sibu Hospital and Miri Hospital.

No deaths were reported today, making the total number of fatalities from the deadly coronavirus remain at 19 or 2.73 per cent.

He added that 11 person-under-investigation (PUI) cases were reported, none of which were awaiting laboratory test results.