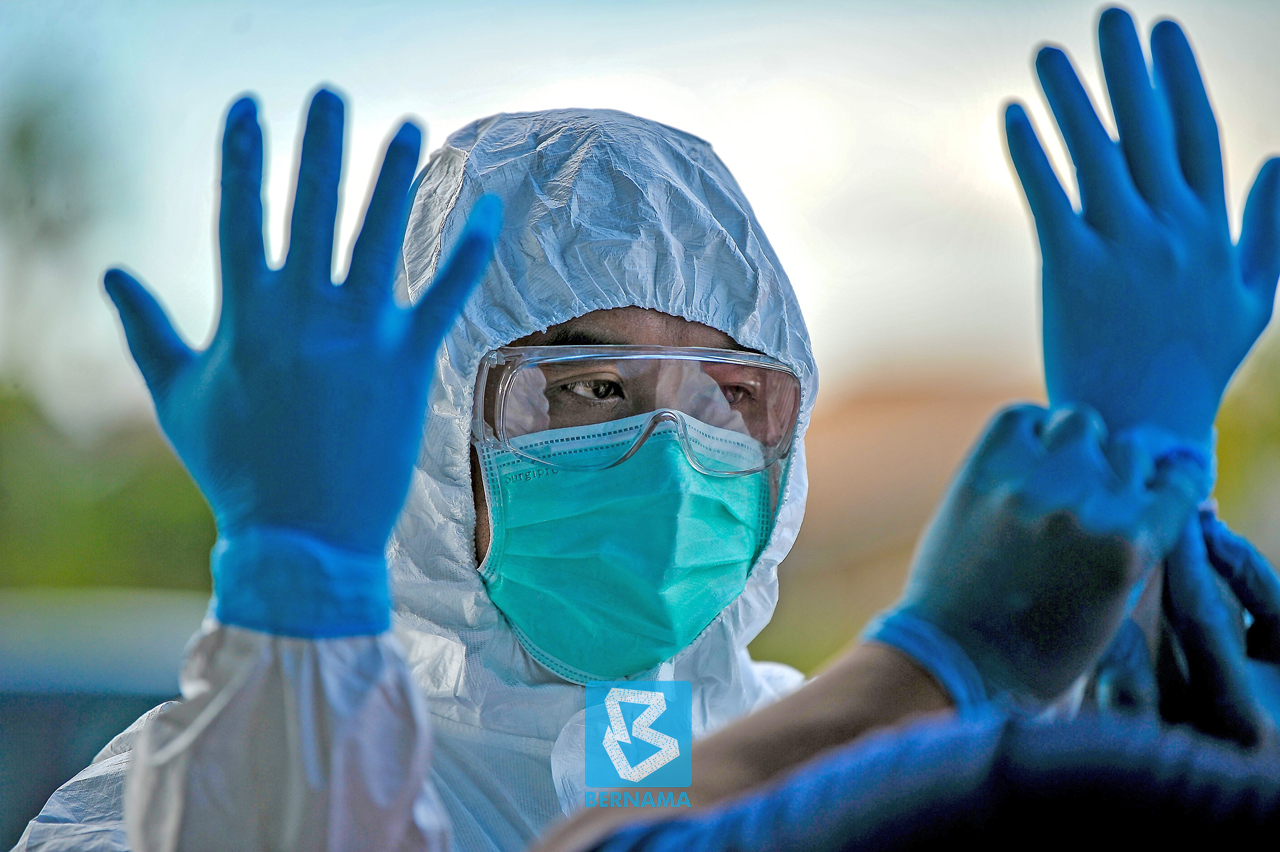 KUCHING (Sept 17): After a seven-day streak of zero positive Covid-19 cases, Sarawak today recorded one new positive case which brings the total number of positive cases in the state to 701.

It also said the swab sample from the case had been taken from the case upon her arrival at the KIA for rT-PCR test during Covid-19 random screening there on the same day.

“She had come to Kuching on official business and was scheduled to stay in Sarawak for two days. She was staying at a hotel when she was in Kuching.

“On Sept 16, the rT-PCR test had come back positive. The case was successfully detected on her return flight to Kuala Lumpur, and she was admitted to Sungai Buloh Hospital, Selangor for further treatment on the same day.

“The case did not display any symptoms and signs of being infected with Covid-19. It was found that she had been infected in her hometown before entering Sarawak. The source of infection is still being investigated and contact tracing is now being carried out,” said SDMC secretariat in the statement.

It also revealed that another positive case was detected in Belaga on Sept 15, but the case is classified under Sabah since the person was screened at Sandakan Health Clinic on Sept 10 during an active screening activity for visitors to Sabah.

It revealed that the case, an engineer who is also a plantation company manager hailing from Penang, had entered Sarawak by road at Merapok, Lawas on Sept 11 before traveling through Limbang Division, the country of Brunei, and Miri Division.

The case then spent the night in Bintulu before arriving in Belaga on Sept 12, and then traveling again to Bintulu and Mukah the following day before returning to Belaga on Sept 14.

“On Sept 15, the Sabah Health Department notified the Sarawak Health Department regarding the case after the test results came back positive that day. The Bintulu Division Health Office acted swiftly to detect the person, and he was admitted to Bintulu Hospital on Sept 16 for further treatment.

“The Sarawak Health Department is now conducting contact tracing of this case to find out if there has been Covid-19 infection in places and premises visited by the case,” it said.

Despite these cases, statistics provided by SDMC secretariat revealed Sarawak remains a green zone as there were no locally transmitted Covid-19 cases in all districts in the state within the last 14 days.

On a related matter, SDMC secretariat said the Alam Cluster remains the only Covid-19 cluster still active in the state although all eight patients from this cluster have recovered from the disease and were discharged from the hospital.

The statement also said that today, five new cases of persons-under-investigation (PUI) were recorded but none of them tested positive for the virus.

With no deaths reported, the state’s death toll remains unchanged at 19 or 2.71 per cent of the total number of cases.

As for persons-under-surveillance (PUS) cases, there were 23 individuals who have checked into hotels for their compulsory quarantine today. This brings the total number of current PUS to 654 individuals at 11 hotels statewide.

The statement also mentioned the police had issued 57 compound notices on individuals for not complying with the standard operating procedures (SOP) during the Recovery Movement Control Order (RMCO) period.

They comprised 37 in Kuching, 17 in Mukah, one in Samarahan, one in Betong and one in Sarikei.