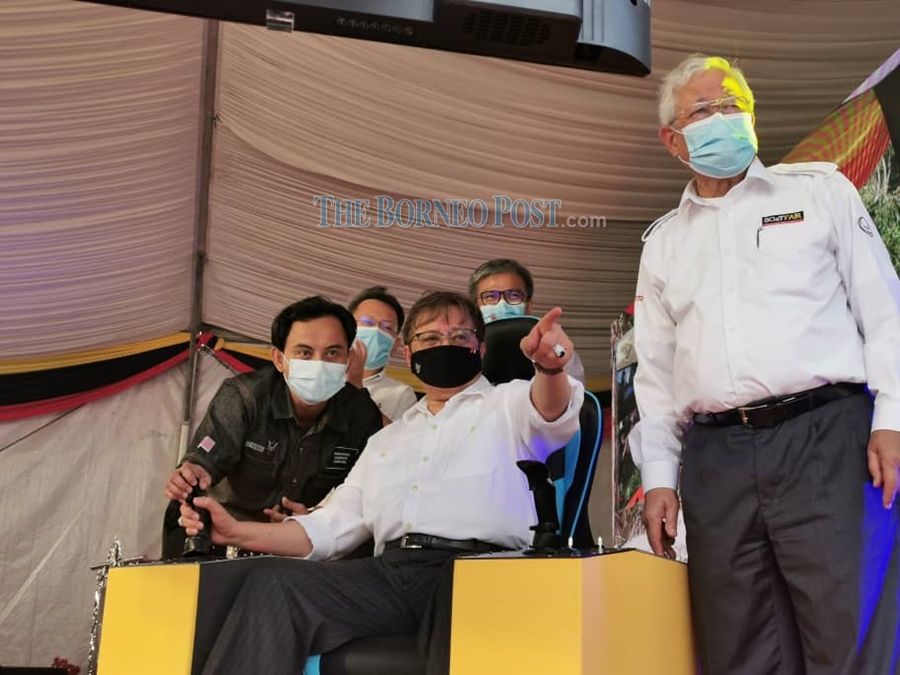 The Chief Minister said the centre, which will be the first of its kind in the region, would be equipped with facilities necessary for school children to have forums and discussions on STEM subjects.

“It (SSC) will be a centre for them to carry out research. They can even go to the (Bako) National Park for real life experience, like watching frogs hop, not the kind of hopping that some politicians do.

“Sarawak is rich in natural resources and biodiversity. If we can train our people to add value to them, it will be the way forward for Sarawak,” he said before performing the earth-breaking ceremony for the SSC at Jalan Stadium here.

Given SSC’s strategic location, Abang Johari said children who visit the centre could also make a trip to the State Library within its vicinity.

He said the centre would serve the purpose of encouraging the young generation to be curious about science and technology, which are leading the modern way of life.

He believed that the future of Sarawak would be brighter with the establishment of the SSC, which would play a role in steering young Sarawakians towards the learning of STEM subjects.

Met by journalists after the ceremony, SSC chief executive officer Shariman Jamil said the centre is one of the initiatives of the Sarawak government to promote STEM subjects.

“The discussion was mooted back in 2017. The progress started this year and now we are engaging our consultants from Singapore to work on the master-planning. We will start the earthwork, hopefully, by early next year,” he said, adding that the centre was scheduled for completion by 2024.

Shariman said SSC would be built on 10.8 acres, and would be equipped with facilities including a hostel.

Describing Sarawak as a unique state, he said the centre would have activities and programmes focusing on the strength of the state such as natural resources, culture, demographic, geography and biodiversity.

He declined to disclose the cost of the construction of SSC, saying that it was under the Ministry of Education, Science and Technological Research.

According to Shariman, the SSC would be open to the public, starting from preschool children up to senior citizens.

“Even parents can come (to SSC). The focus is on teachers and students, but we are expanding our programmes to the public including parents and the community as well.

“We also welcome the private sector to participate, collaborate, invest and work together with us to realise our state’s objective,” he added.