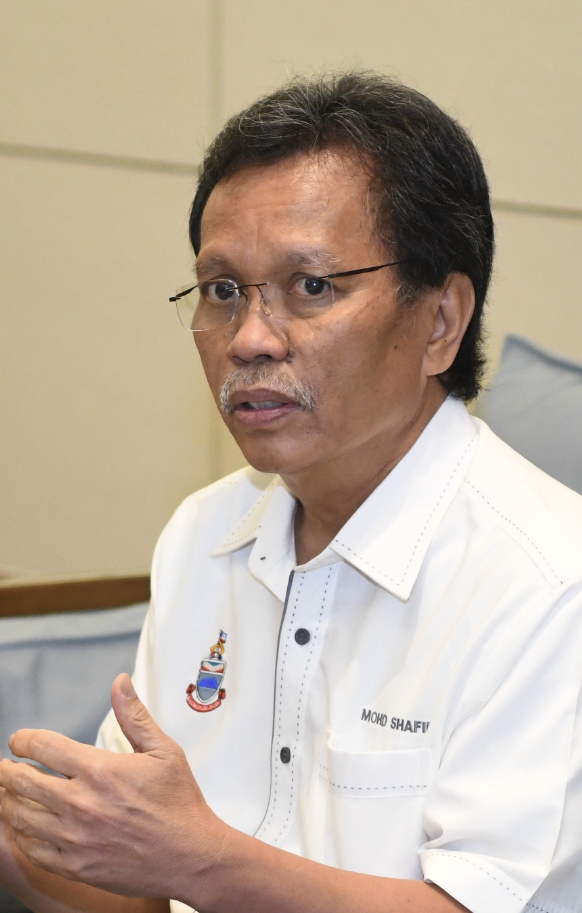 He reminded that Penang has been under opposition rule for 10 years and Kelantan even longer for 40 years.

“And yet you cannot survive when you don’t work with the Federal Government? Come on. That is not the way. We can survive, I can tell you guys, irrespective, ” he said.

He reminded that Sabah had been with the Federal government for 60 years and had still suffered.

He cited that Sabah continued to lag in terms of amenities such as electricity and water supplies as well as roads.

“And many of our schools are still in wooden, some without electricity, without water, and some even without ample toilets that the pupils have to run to the hills or to the forests to defecate,” he said.

Speaking at the launch of the City Residence 4,000 units of apartments located at Alamesra here, which was held at the Sabah International Convention Centre (SICC), Shafie also said that Sabah is also a major producer of crude palm oil after Sarawak but sadly, does not have any downstream activities.

Sabah is also the second biggest in terms of gas production, he said.

“We have to speak up. We have to do our part. We cannot look at it for our own personal interest. I don’t mind. For me, I have lived my political career with so many obstacles in my life – I have been jailed for nearly two weeks sleeping on the floor without pillow and mattress, being the former senior cabinet minister after serving my country for 32 years.

“I have gone through these things in life. What is important it is high time for us to have clarity in our values and we have to have a firm decision in our life what is right for our fellow Sabahans and for the State of Sabah, we must do whatever the obstacles are.”

“In God we trust, unite we must for the good of the people of Sabah,” he said.

However, he reminded that by highlighting, it doesn’t mean Sabah hated the people from the peninsula.
“No. It is only the policies. It is only the way the country is managed.”

He said that he loved West Malaysians, reminding that his wife is from Kedah and that he has many family members there.

“What is important is for us to make sure that we have to realise for our Sabahans and the state to prosper, we have to devote our effort and energy,” he said.

Shafie also said that the Warisan-led government only had two years and could not realise many things that had been planned.

This includes the construction of a cable car connecting the city to the resorts at Pulau Gaya.
“But this does not mean the end of the road,” he said.