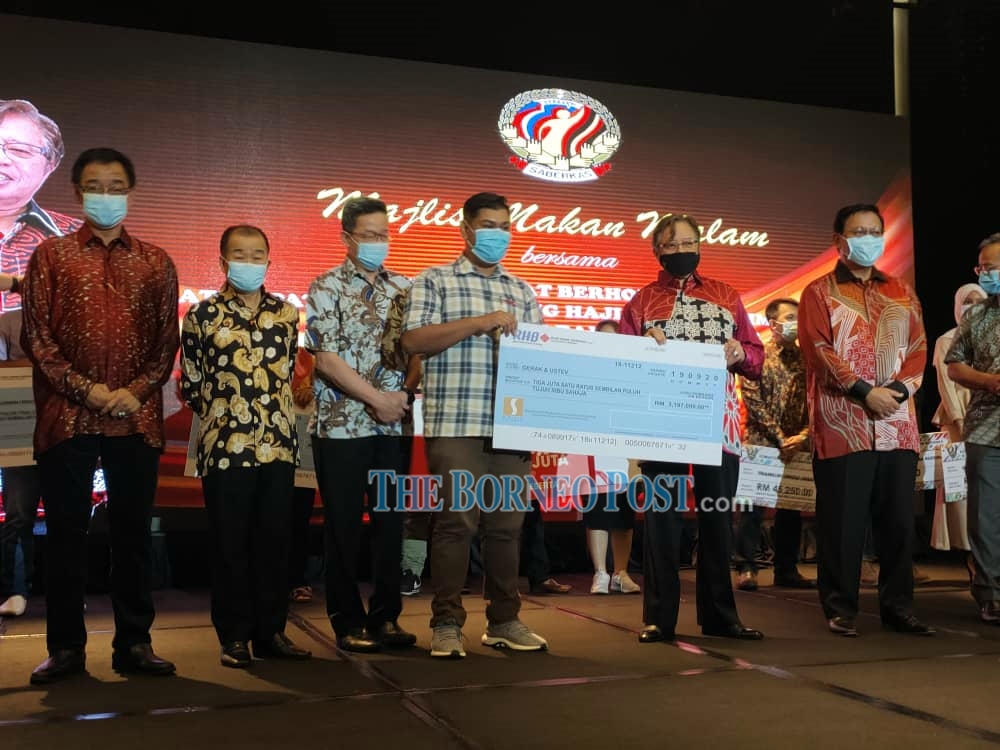 Abang Johari presenting Sarawak Micro Credit Scheme mock cheque to a representative of the recipients during the dinner.

Abang Johari hopes that the allocation will be used to help polish the young talents in the state and bring them to the highest level.

At the same time, he wants the allocation to be used to produce short films involving the young talents that help to promote the culture of Sarawak.

“We already have our own television station, and through it we can broadcast our short films not only throughout Malaysia, but also to the world, because it uses satellite,” he said in his address at Saberkas 16th Triennial General Meeting held at Pullman Hotel here last night.

“In the singing industry, we have Dayang Nurfaizah, in Hollywood we have Henry Golding who is from Betong and we have another talent from Sibu who is doing well in Hong Kong film industry,” he said.

This, he said, proves that Sarawak is never lack of talented youths in performing arts and culture.