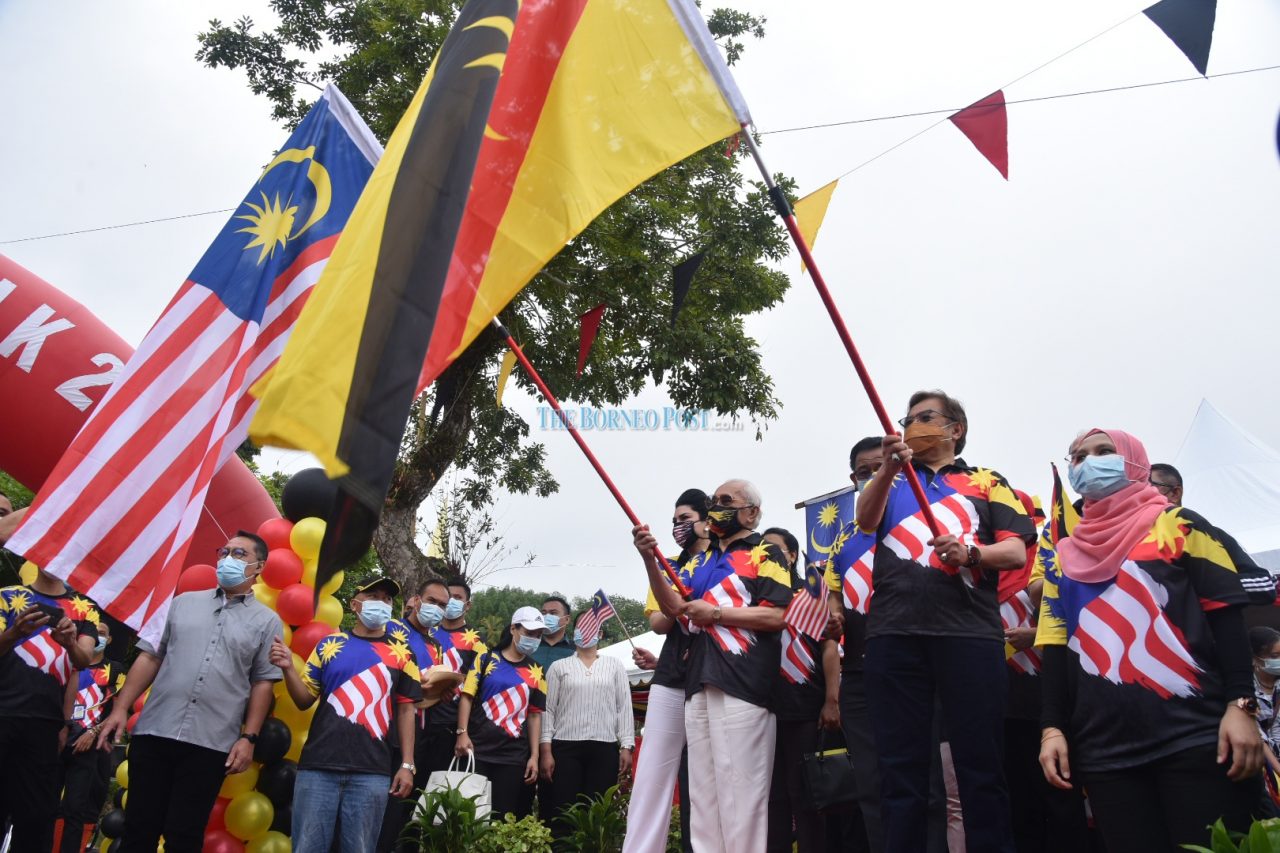 KUCHING: The various development programmes that are being planned or implemented in the state are the fulfilment of independence that should serve as the main struggle of the people, said Chief Minister Datuk Patinggi Abang Johari Tun Openg.

However, he pointed out that in order to fulfil the real meaning of independence, such efforts must take place in a peaceful and harmonious environment as well as a stable political climate.

“A volatile environment due to social instability and political strife will cause losses to all. Imagine what would happen to all of us if we went through the Covid-19 pandemic without a functional federal government.

“Imagine how investors would avoid coming to invest in our country or state if the government was unstable much like what is happening in many countries such as the Middle East and Africa,” he said when officiating the state-level National Day celebration at the Sri Aman Civic Centre in Simanggang, Sri Aman today.

Abang Johari said when Malaysia was facing a political crisis in Putrajaya and the country was left in a topsy-turvy situation with no government last February, Sarawak had chosen to ensure the formation of a stable federal government for the sake of the national spirit and the interests of the country as a whole.

“The concept of federalism is not a concept that has no merit. Many developed countries are also governed based on a central government concept with some privileges and rights granted to states such as Sarawak’s position in the Federation of Malaysia.

“Sarawak has rights and privileges under the Federal Constitution that should be utilised to lift the economic progress of the state,” he said.

He also touched on the significant historic moment in 1963 when Sarawak agreed to jointly form Malaysia with the Federation of Malaya, North Borneo (Sabah) and Singapore so as to be under an umbrella of a larger country for the security and sovereignty of the state.

“I believe this reason is still relevant today even though Sarawak is still fighting to ensure that its rights as enshrined under the Federal Constitution, the Malaysia Agreement 1963 and the IGC Report are respected and implemented accordingly,” he said.

One such right, he said, concerned Sarawak’s oil and gas resources which is an issue that is close to the hearts of the people.

“The controversy of Sarawak’s rights to its oil and gas resources has been answered with the victory of the Sarawak government in the High Court recently.

“The federal government has recognised Sarawak’s right over its oil and gas resources. Petronas has given its commitment to pay the state sales tax on petroleum products for export as decided by the High Court,” he said.

Various activities were held including the Unity Walk which participants being flagged off by Taib and Abang Johari as well as the raising of the Jalur Gemilang flags led by Mr Asia and Mr World champion Buda Anchah, who is a native of Simanggang.