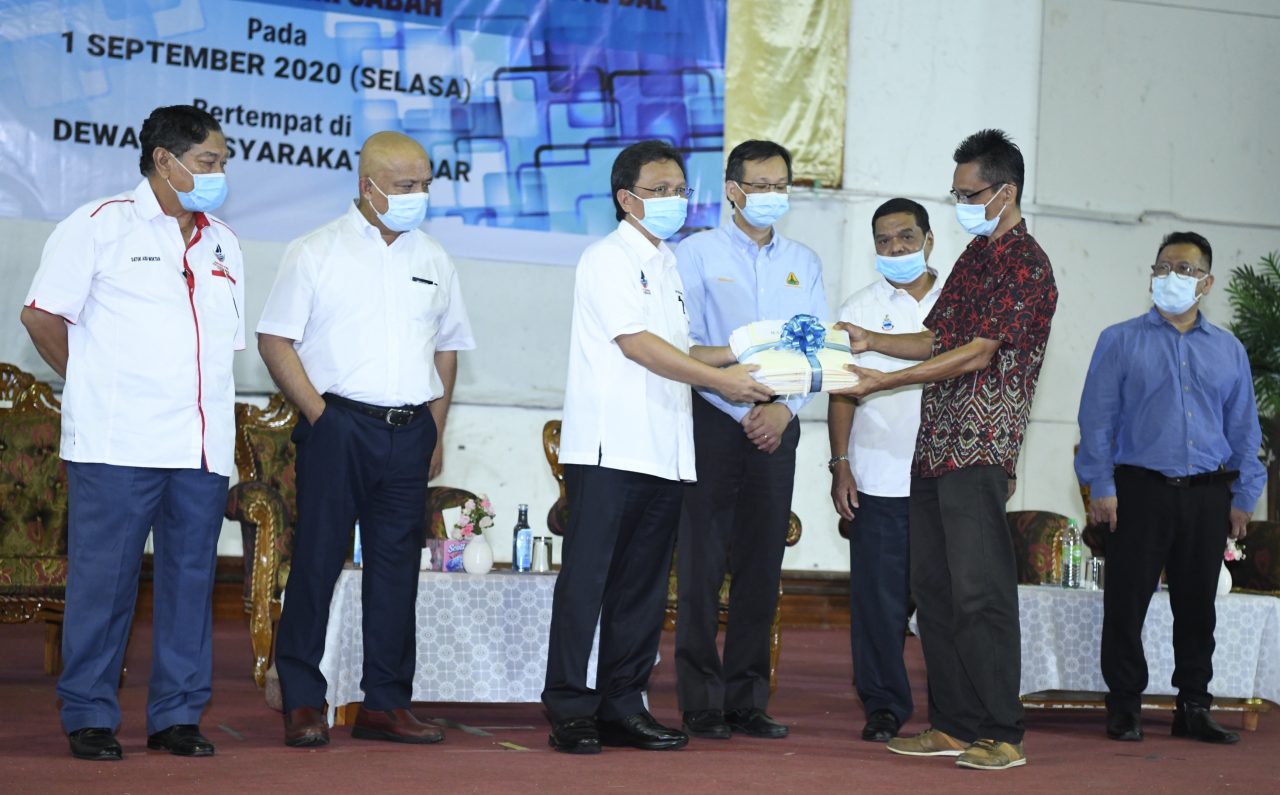 Shafie presenting a land grant to one of the recipients as Bernard (fourth left) and Aidi (left) look on.

PAPAR: Caretaker Chief Minister Datuk Seri Shafie Apdal has hit out at the critics of the state government’s decision to restore the lease tenure in Sabah from 99 years back to 999 years.

While Shafie is well aware of the fact that the reversion was actually an order made by the court, he pointed out that the state government could have appealed against the decision if they wanted to.

“We could’ve appealed but I said what for? We should just give the rights to those who have bought houses.

We shouldn’t just give 99 years, we should give 999 years so that their grandchildren would also be able to enjoy the house,” said Shafie in his speech during the presentation of land grants for the Papar district at Papar Community Hall on Tuesday.

A total of 595 land grants, covering 755.986 hectares were presented to Papar folks during the event.

Among those present in the event were State Land and Survey Department director Bernard Liew and state caretaker Law and Native Affairs Minister Datuk Aidi Mokhtar.