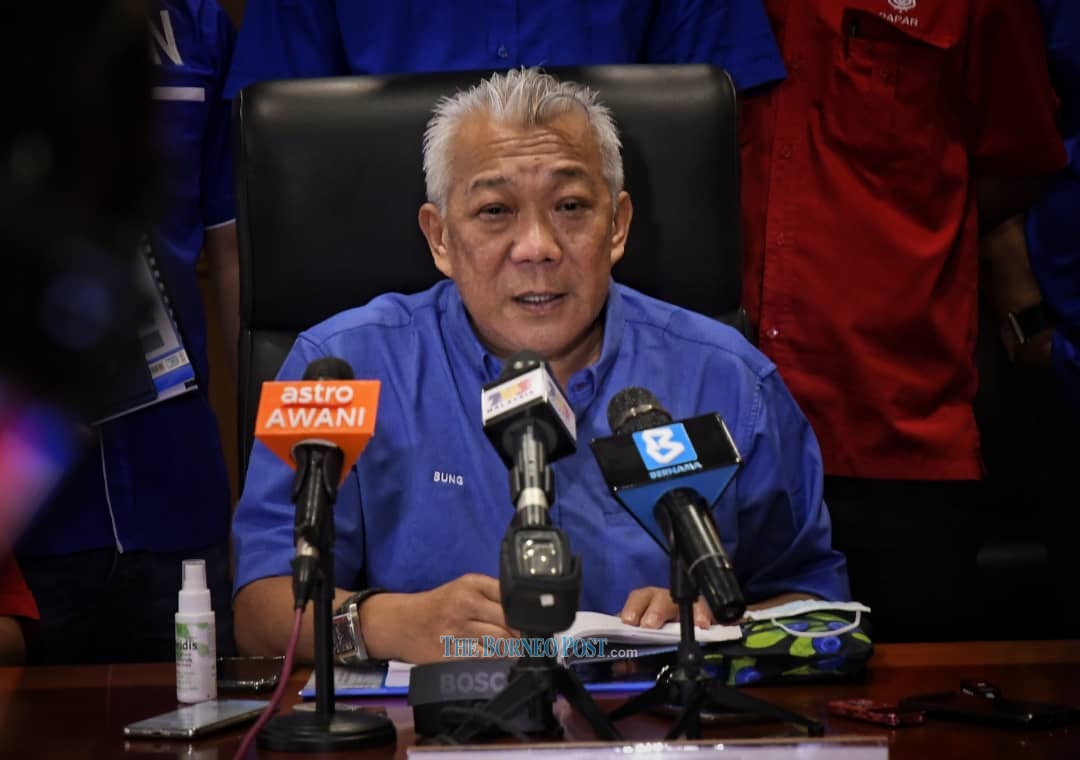 The Kinabatangan Member of Parliament said his focus now was on strengthening Umno’s machinery to face the coming state election.

“Umno is systematic and it’s okay when you have a few people who disagrees. We respect the various views and opinions but as the person entrusted with leading the charge, my focus is on strengthening Umno’s machinery,” he said.

In Tuaran, for instance, Bung said, the deputy division chief was ready to carry out the responsibility for the state election and this was the same for all divisions.

Bung said this during a press conference after an Umno meeting to discuss issues pertaining to the state elections. He was responding to the question on the objection from 12 Umno Sabah divisions to him leading the charge in the coming state election.

Umno Supreme Council member and Umno Tuaran chief Datuk Seri Abdul Rahman Dahlan in a joint press conference on Tuesday night with those who are against Bung Moktar leading the charge said they did not want a leader who has to attend court cases on corruption charges, to campaign for the coalition in the state election.

Abdul Rahman also said disclosed that party president Datuk Seri Ahmad Zahid Hamidi did not consult Umno Sabah on the matter and that it went against the full autonomy that was granted to the Umno Sabah last year.

“We will do our best and like I said earlier, we respect everyone’s opinions… no hard feelings. We have to be smart in addressing the issue as we are facing a ‘war’ and cannot make mistakes. What we need to do now is to prepare the ammunition to face our enemies,” he said.

Bung Moktar did not deny that support for the part would be affected by what transpired but it would not have too much of an impact on Umno Sabah and Barisan Nasional (BN) Sabah’s campaign in the state.

To the question of any action will be taken on the group, Bung Moktar said it would be up to the party’s central leadership to decide.