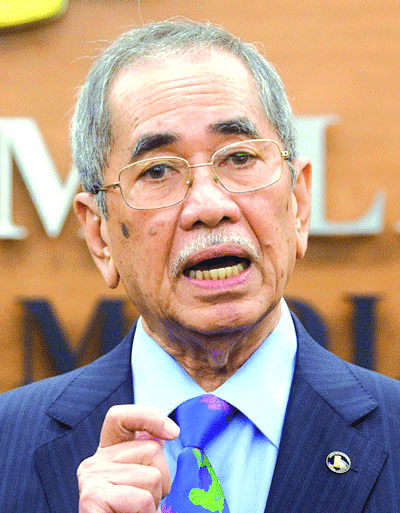 KUALA LUMPUR: The establishment of a cooperative will only require a minimum of 20 members compared with the existing 50 following the proposed amendments to the Cooperative Societies Act 1993.

Minister of Entrepreneur Development and Cooperatives, Datuk Seri Wan Junaidi Tuanku Jaafar said that the proposed amendments, apart from making it easier for the public to set up cooperatives, also contain proposals that will facilitate the administration of a cooperative.

“Nowadays people are more educated so we should reevaluate, as other countries have mostly reduced the numbers.

We need to be in tandem with other countries to facilitate the establishment of cooperatives,” he said when met by reporters at the Parliament Building here yesterday.

Earlier, the Cooperatives (Amendment) Bill 2020 was tabled for the first reading by Deputy Minister of Entrepreneur Development and Cooperatives Datuk Mas Ermieyati Samsudin.

Mas Ermieyati said that the second reading of the bill will be tabled at the next Dewan Rakyat sitting.

Commenting further, Wan Junaidi, who is also the MP for Santubong, said that the bill also proposed an amendment to reduce the number of cooperative board members to three people from the existing six.

The bill also seeks to amend paragraph 12 (b) of the act to eliminate the requirement imposed on a cooperative to obtain written approval from the commission (Cooperative Commission of Malaysia or SKM) before it can display its name or logo at its branches.

It also seeks to amend subsection 50 of the law to reduce the minimum number of members of the internal audit committee of a cooperative from three to two.

There is also a proposed amendment to subsection 72 (1) of the act to provide that the revocation of registration of a cooperative can be made by the SKM if the number of members is less than five, compared with 15 as required previously. — Bernama