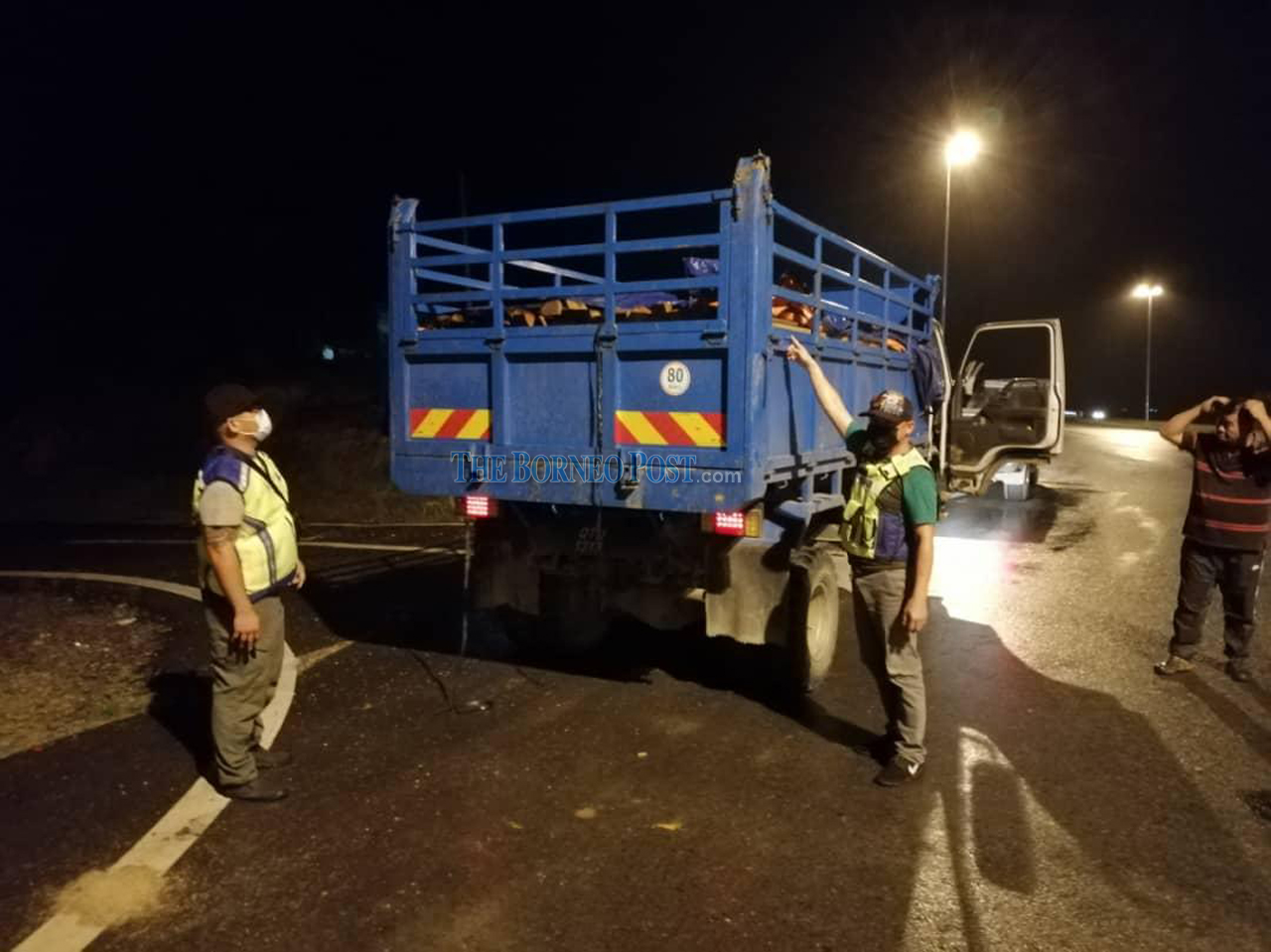 Policemen show the seized timber during an operation on Saturday

BINTULU: The Region 5 Marine Police here seized 30 pieces of Belian and 56 pieces of Batak wood of various sizes worth RM23,000 on Saturday.

Its commanding officer ASP Ezuandi Bahadin said during the operation dubbed ‘Ops Khazanah’, the police also arrested a 58-year-old local man to assist in the investigation.

He said at around 7.30pm, the police stopped a lorry at the roadside along Mile 28, Bintulu-Miri Road for inspection.

“It was found that the timber did not have any stamping mark from the Forest Department, and was believed to be owned and brought illegally,” he said, adding it was an
offence under the Sarawak Forest Ordinance 2015.

A three-tonne lorry estimated to be worth RM150,000 was also seized.