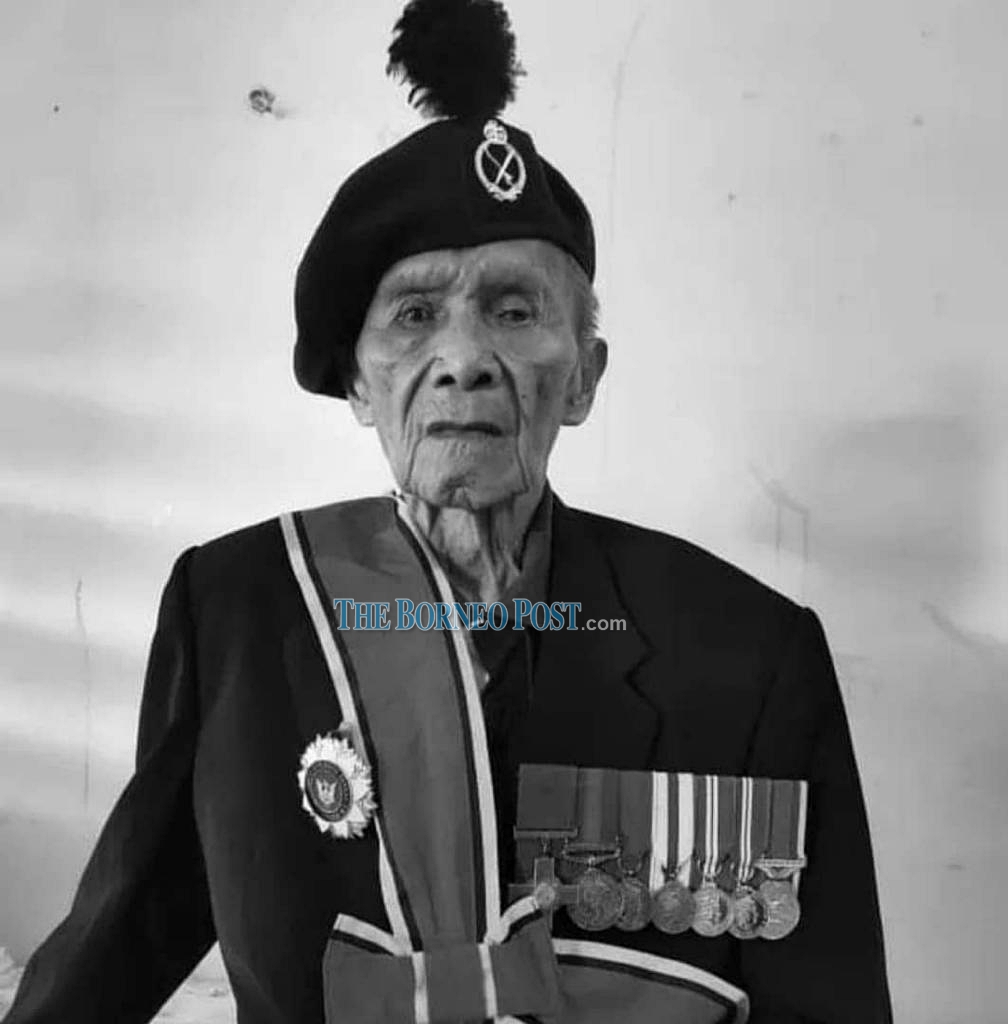 Pahot added that members of the public can come and pay their last respects to the nation’s sole George Cross medal recipient at the Civic Centre Kuching from tomorrow (Sept 20) onwards.

“His remains are now at his son’s home in Taman Padri, Sri Aman where a wake is being held. On Sept 20 (tomorrow), the remains will be brought to the Civic Centre in Kuching, for people to come and pay tribute.

“He will be accorded a state funeral on Sept 21. He will be laid to rest at the Heroes Grave at Taman Budaya,” said Pahot.

Meanwhile, Sarawak Public Communications Unit (Ukas) in a media advisory stated the the remains of the late Awang will be brought from Sri Aman at 10am tomorrow before arriving three hours later at Civic Centre Kuching where the body will be lying in state.

Members of the public and dignitaries can start paying their last respects at 2pm tomorrow. A priest from St Thomas Church Kuching will be leading prayers at 6pm.

On Monday, the public and dignitaries can come and pay their last respects at 9am before a prayer ceremony takes place at 10am.

At 11am, the body will be brought down from Civic Centre to the Heroes Grave for burial service.

He was awarded the George Cross — the second highest award in the United Kingdom’s honors system after the Victoria Cross — on Nov 20, 1951.

As a member of the Worcestershire Regiment, he fought off 50 communists while defending the position of an injured British soldier, Private G. Hughes, in Johor in May that year, despite sustaining serious injuries himself.

In a previous interview, Awang had reportedly held a live grenade in his left hand after his right hand was severely injured in the gunfight, and dared the communists to attack him, subsequently holding them off and forcing them to withdraw, saving Private Hughes’ life in the process.

He was also conferred an honorary master’s degree in education strategy by Universiti Pertahanan Nasional Malaysia in 2015.