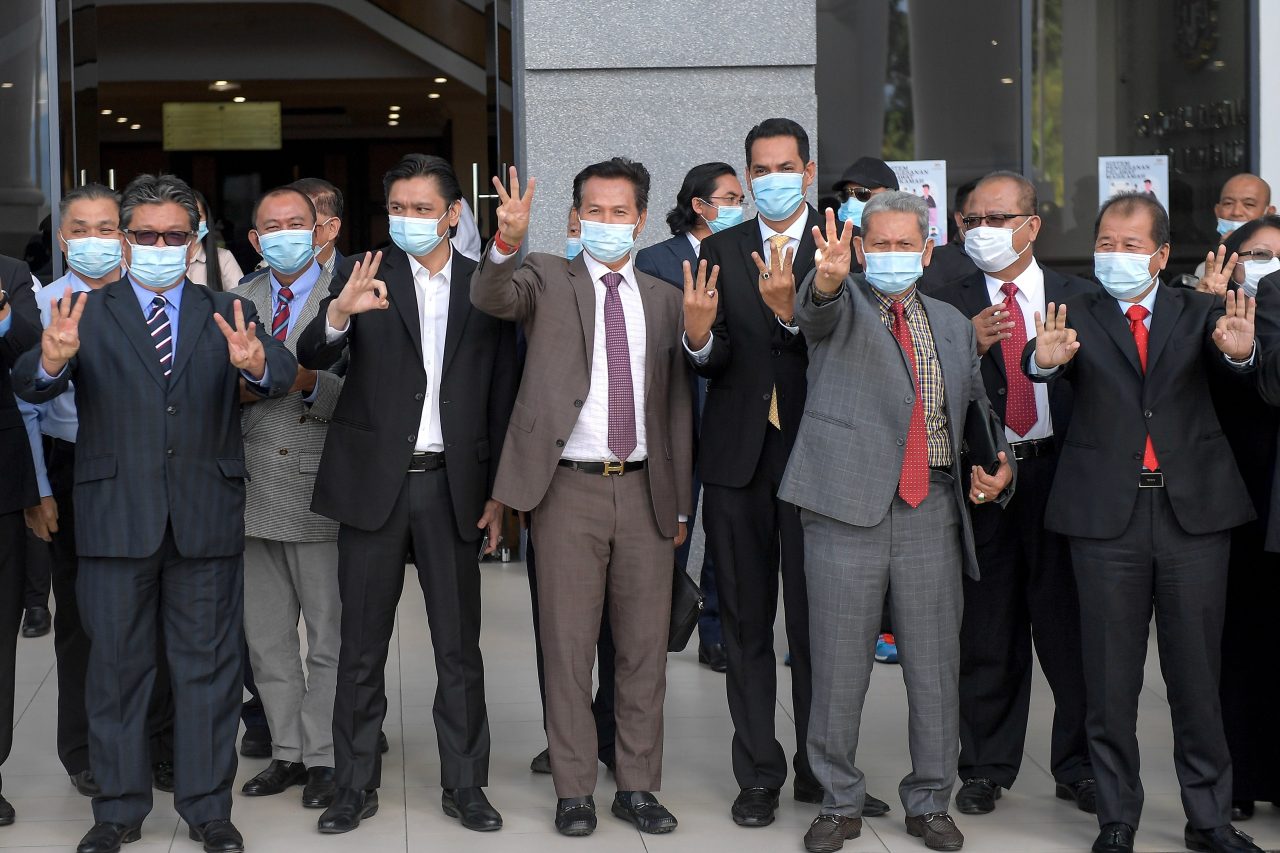 The assemblymen at the Kota Kinabalu High Court to hear the case yesterday.

KOTA KINABALU: The High Court here heard that former Sabah Chief Minister Tan Sri Musa Aman and 32 assemblymen requested for time to reply on issue of their standing or constitutional entitlements in commencing a leave for judicial review to question whether the Head of State had correctly exercised his power in dissolving the 15th Sabah Legislative Assembly on July 30.

Counsel Chung Jiun Dau, who was appointed to assist State Attorney General Brenndon Keith Soh as putative respondent, raised this issue which claimed to be not related to justiciability point during clarification before Judicial Commissioner Leonard David Shim yesterday. 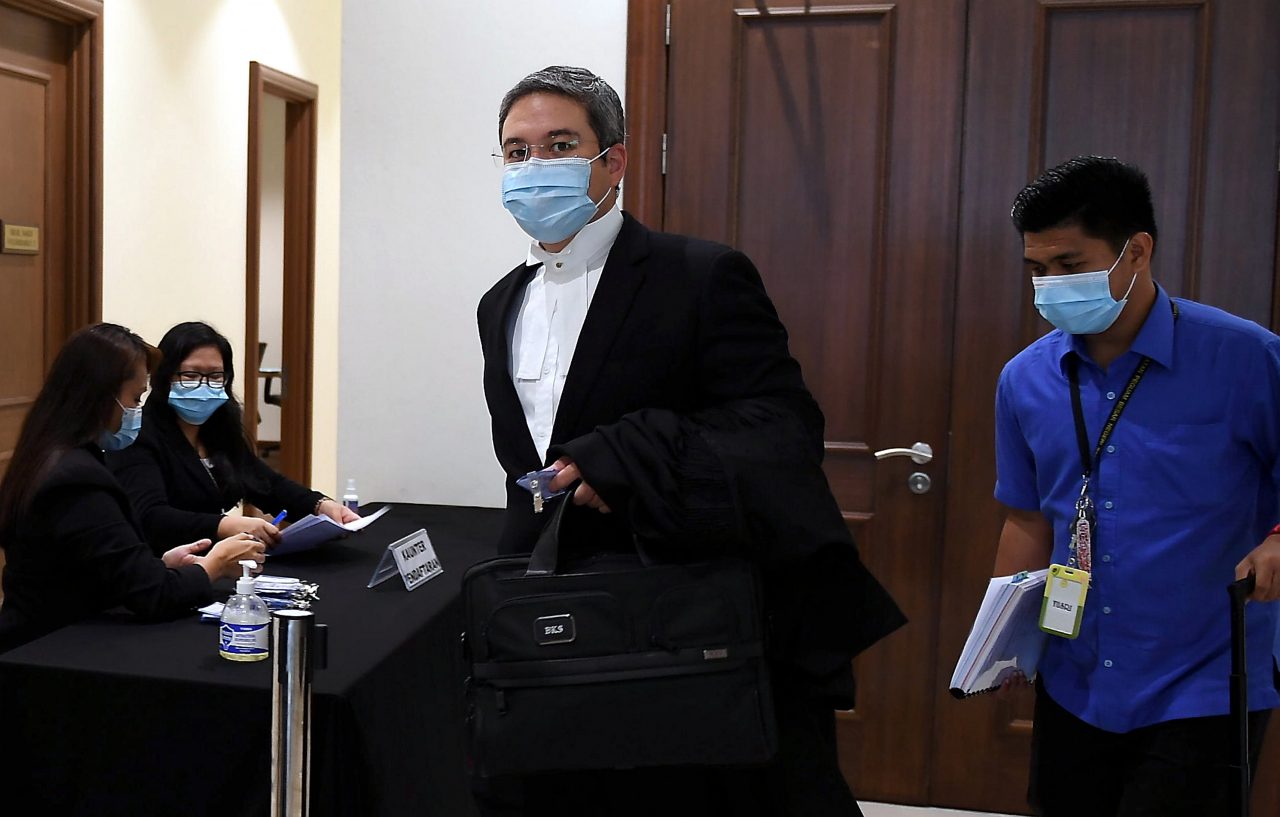 Counsel Tengku Fuad Tengku Ahmad, who represented the applicants, strongly objected to the submission on legal standing of his clients in this leave and requested to give their written submission on the said issue.

Chung had highlighted this point claiming that this issue related to the interpretation of relevant Articles in Sabah.

He among others submitted previous decided case as an analogy to support his point of “standing of the applicants” which explained the contention on an allegation that Musa was entitled to be appointed as Chief Minister and other applicants to be part of the governing block.

“Eligibility of appointment gives you an entitlement?” Chung questioned.

However, Tengku Fuad said that the court’s direction was to argue on the sole justiciability point and contended that why now Chung raised about locus standi.

“Locus standi is another realm of objection, my lord had specifically directed on justiciability,” explained Fuad, who repeatedly stood up to object the point raised by Chung.

Chung then argued by claiming that the applicants were claiming entitlements which they even stated in their written submission. 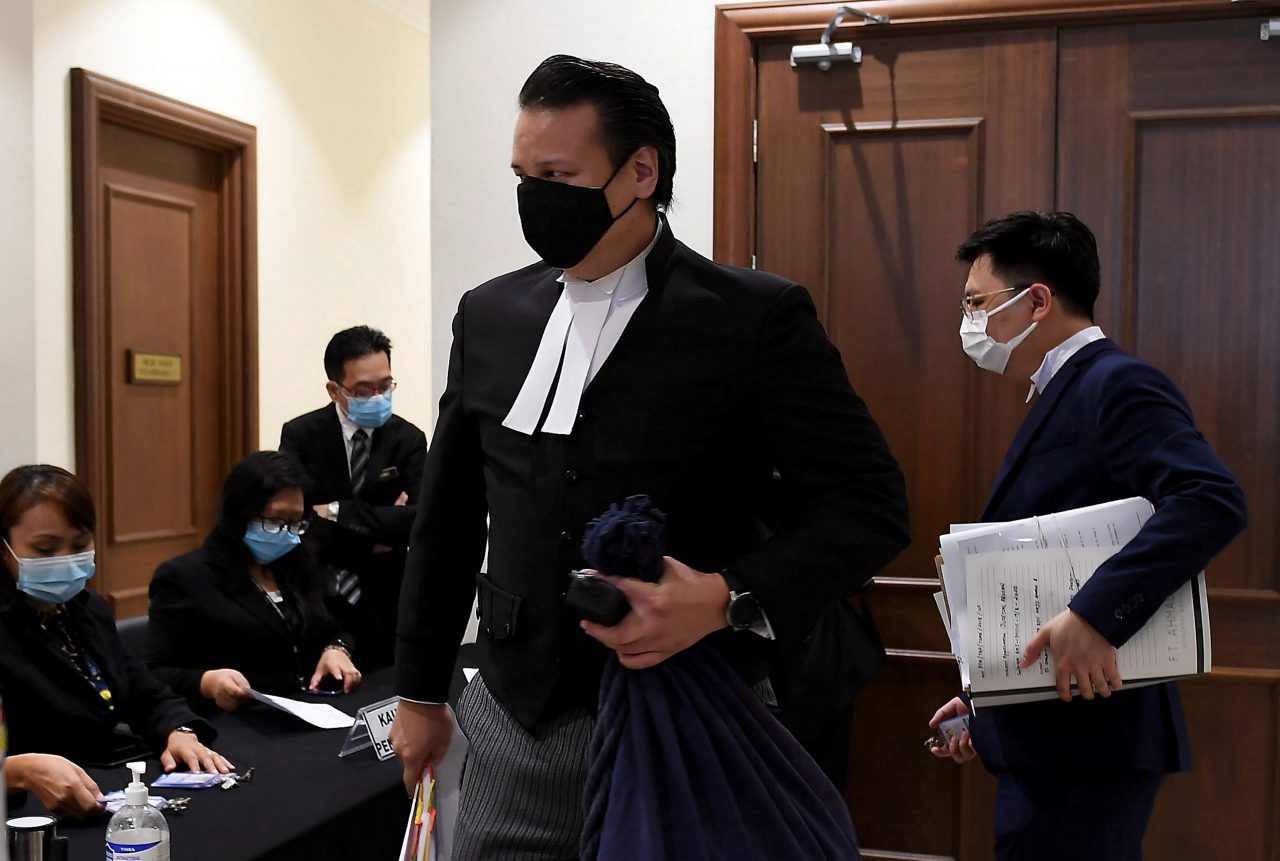 Tengku Fuad replied that if Chung was looking at the entitlements, claims, remedies and reliefs, that the stated matters had to be addressed.

“This is hearing of justiciability and my learned friend ignoring the direction,” Tengku Fuad insisted.

The court had on August 7 fixed yesterday for clarification or ruling, however after more than four hours of clarification sessions, the court had granted time for the applicants to file their written submission on locus standi by Wednesday and fixed August 21 for ruling on the leave application.

On August 4, Musa and the other assemblymen aligned with him had filed their ex-parte application naming the Head of State Tun Juhar Mahiruddin, Shafie, the Election Commission and the State Government as their first, second, third and fourth respondents respectively.

All of them also sought a declaration that:

2) that Mohd Shafie’s position as Chief Minister was deemed to have been vacated pursuant to Article 7(1) of the Sabah Constitution as soon as the Head of State was given notice that Shafie had lost the confidence of the majority of the members of the said State Legislative Assembly which occurred on July 29;

3) the vacation of Mohd Shafie’s position as Chief Minister, the Head of State was under a duty to exercise his discretion as to whether to withhold consent to the request for dissolution or appoint a member of the said Sabah State Legislative Assembly pursuant to Article 6(3) of the Sabah Constitution who in his judgement is likely to command the confidence of a majority of the members of the said Sabah State Legislative Assembly;