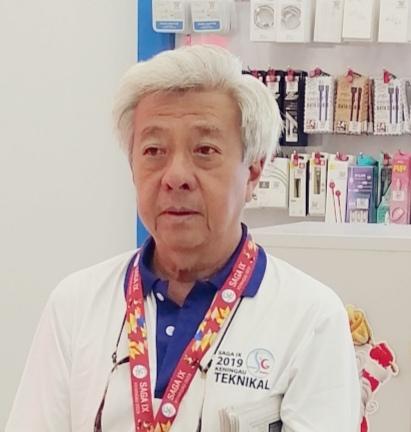 Koh said he had already written an official letter to appeal on the matter three times to the ministry, the first two to Khairy Jamaluddin and Syed Saddiq Syed Abdul Rahman who were sports minister at the times.

“Both the appeals were handed over personally, but with no answers,” Koh, who is also Tennis Malaysia vice president, said in a statement on Tuesday.
He said the third appeal was couriered over due to the Movement Control Order (MCO) currently enforced in Sandakan.
“Hopefully the special officer to the (current sport) minister (Datuk Seri Reezal Merican Naina Merican) will have a discussion.
“I have personally reasoned out to the special officer the reasons and justification to make tennis compulsory in Sukma, which is held once in two years,” he said.
The current status of tennis in Sukma is optional, where the host state will have the say whether to include the sport in the country’s premier multi-sport event.
Koh believed unless tennis is made a compulsory sport, the growth of the sport will be left stunted in the country.
“Tennis is a world sports ranked second after golf in term of prize money, popularity and many others.
“In Malaysia, there are sports complexes with tennis facilities all over the states and districts…there are also thousands of clubs with tennis facilities.
“However, there is a glaring problem as far as tennis in Sukma, which is an inter-state sports event, is concerned. Every two years tennis associations have to plead to get tennis included since it is not a compulsory sport.
“How do Malaysia want to improve tennis if at home there is no inter-state tennis to spur on the players,” he asked.
Effort has been made by the ministry and also the Education Ministry to popularise tennis in schools many years back and the junior players have trained hard with the aim to represent their states in Sukma, he added.
However, all the effort will go down the drain if tennis is left out of Sukma.
“The players sacrifice, the parents, officials and coaches too…it will be heart-breaking for them if tennis is excluded in Sukma.
“After another two years, these players may have past the eligible age to compete in Sukma,” he reasoned.
Koh hoped that the current sports minister will consider the appeal.
“The ‘real powers that be’ will be in YB’s (Reezal) hands to declare tennis  as a compulsory sport in Sukma.
“Players, parents, officials and many others who work so hard  will be happy. Not only that, the game of tennis will improve even more.
“On behalf of all the tennis players and tennis fraternity, we pray that the current sports minister will help tennis on this matter,” he concluded.
The delayed 20th edition of Sukma will be held in Johor next year.