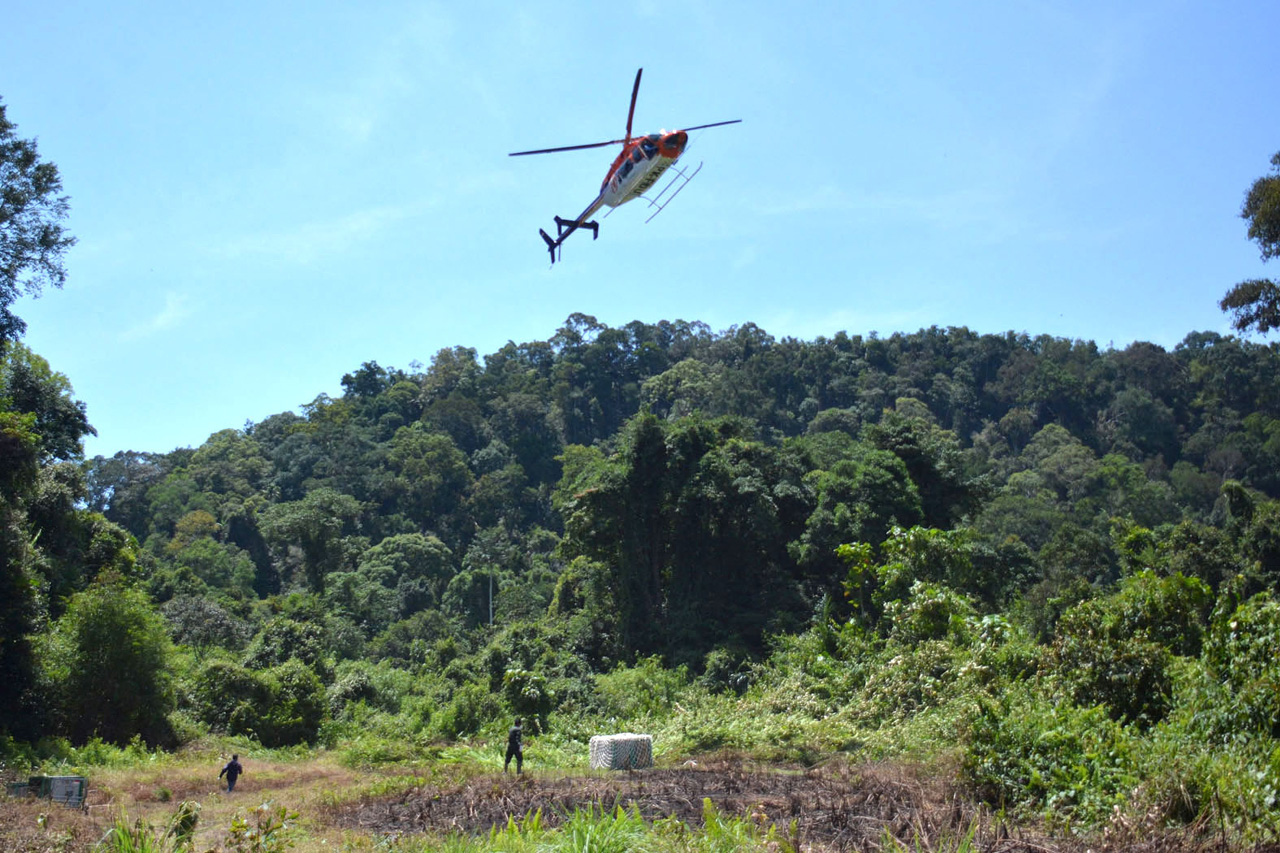 Conservationists handling a transport cage containing an orangutan, which was flown to location via helicopter, ahead of its release into a forest in Kutai Timur, East Kalimantan. — AFP photo

JAKARTA: Ten orangutans have been airlifted back to their natural habitat on Indonesia’s Borneo island, in the first release of the apes into the wild for a year due to the dangers of coronavirus infection.

The animals were flown by helicopter across the island’s dense jungle earlier this month to keep them away from days-long land and sea routes that could expose them to the virus.

Orangutans share 97 per cent of humans’ DNA so conservationists have been on high alert for signs of infection. The pandemic has thrown up unprecedented challenges for conservation efforts.

“For an entire year, we have not been able to release orangutans due to the global pandemic,” said Jamartin Sihite, chief executive of the Borneo Orangutan Survival Foundation (BOSF). 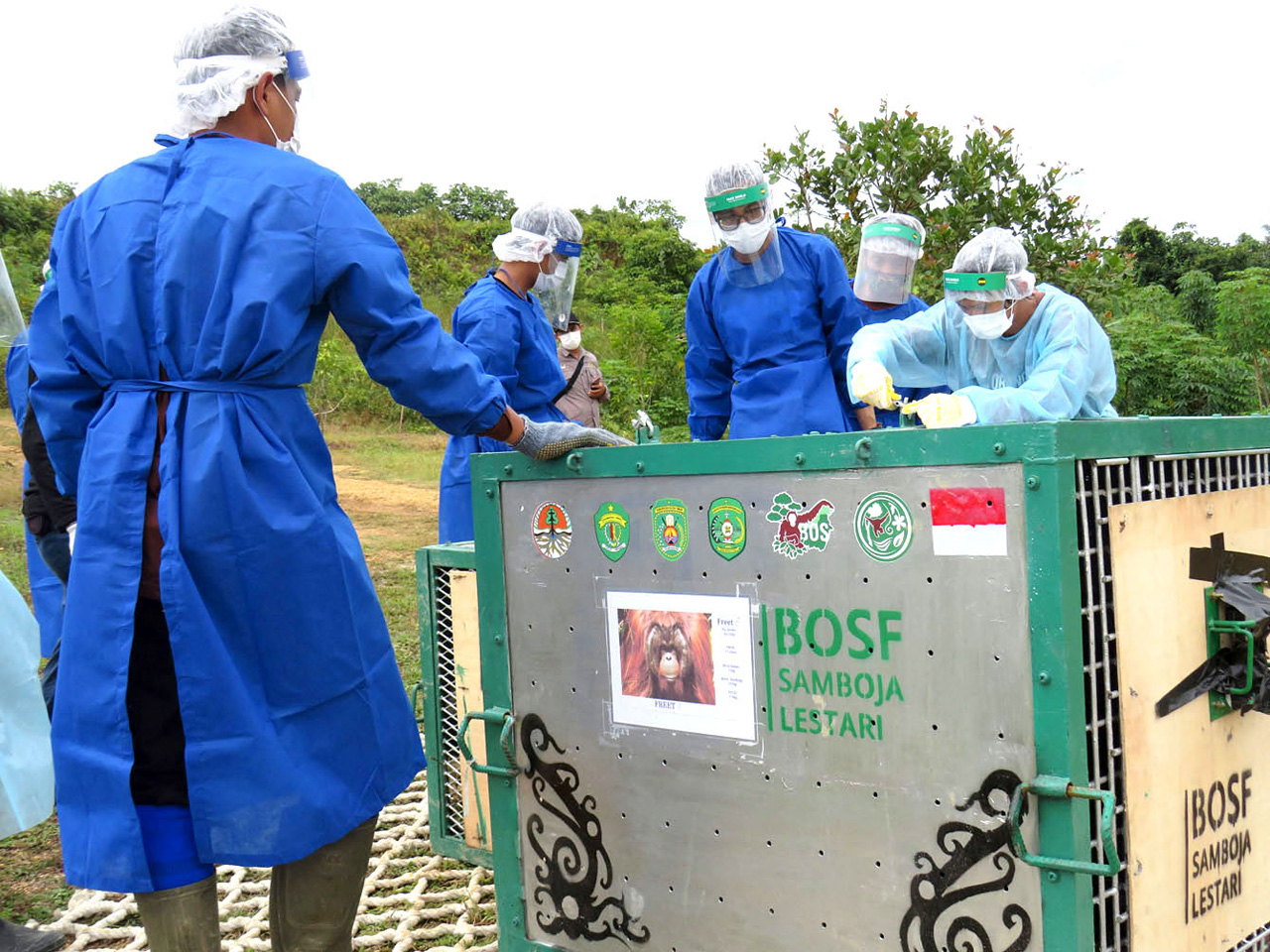 “We have implemented strict health protocols, and introduced mitigation plans to be enacted in the event of an orangutan contracting the virus. The use of a helicopter… helps reduce the risk of spreading Covid-19.”

The fuzzy-haired creatures were sedated with tranquillisers before their flight and were shuttled inside transport cages encased in netting.

At least one of the moon-faced animals banged on its cage’s metal walls as it tried to make sense of the airborne mission.

The apes took a short boat trip after touching down, before arriving at the Bukit Batikap Protection Forest in Central Kalimantan — part of Indonesia’s section of Borneo — where they took to swinging on vines.

Several apes were also released into another forest in East Kalimantan.

Poaching and habitat loss decimated the Southeast Asian nation’s orangutan population before the coronavirus emerged as another potential threat to the critically endangered species.

“If an orangutan shows symptoms of respiratory problems, it’s possible that it has been infected with Covid-19,” said Vivi Dwi Santi, a veterinarian with BOSF.

“Also, if one of the staff tests positive… we will conduct tracing on an orangutan that’s been in contact with them. — AFP