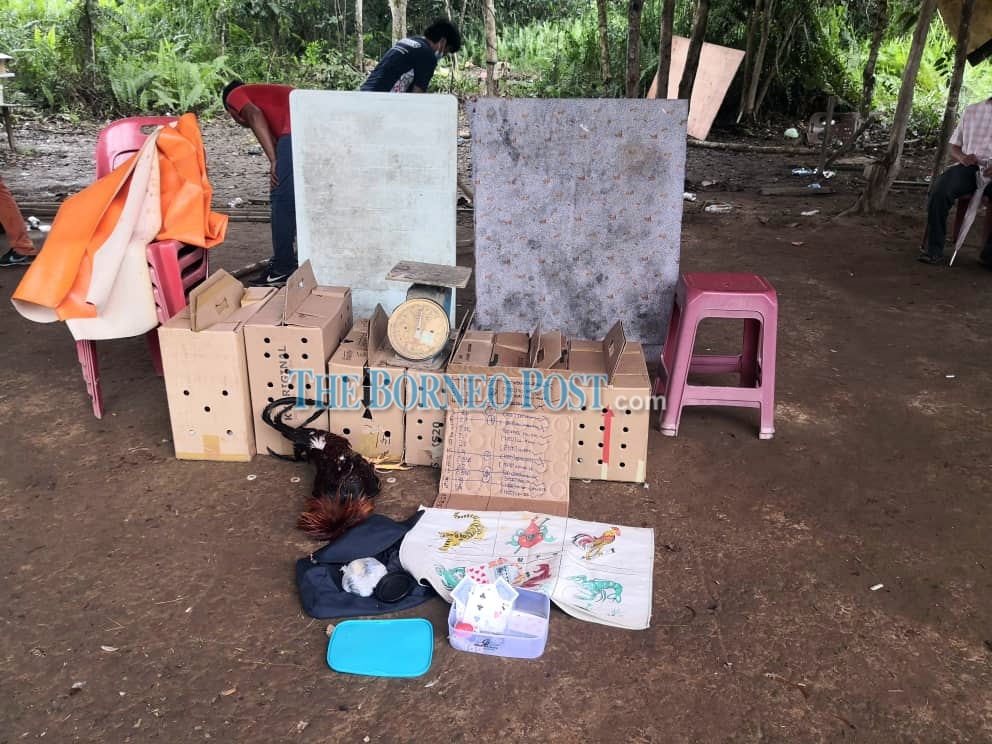 The items that were seized by the police during the raid.

KUCHING (Sept 15): Police have arrested 10 local men, aged between 29 and 73 years old for allegedly being involved in an illegal cockfighting and defying the Recovery Movement Control Order (RMCO) yesterday.

Lim said during the raid, police also seized various items that were being used in the illegal cockfighting which included a weighing scale, betting board, tables and chairs, holo paraphernalia, playing cards and dices.

Also seized were a cockerel, six live cockerel and cash amounting to RM115.

Lim said all of the suspects are being investigated under Section 3(1) of Cruelty to Animals Act 1962 and Regulation 3 of Prevention and Control of Infectious Diseases (Measures Within Infected Local Areas) Regulations 2020 and Section 73 (1) (g) of the Public Health Veterinary Ordinance 1999.

He added that five of the suspects had criminal records for offences under the Common Gaming Houses Act, Regulation 3 of Prevention and Control of Infectious Diseases (Measures Within Infected Local Areas) and the Dangerous Drugs Act, 1952.

Lim said all of the suspects were released on court’s bail after paying for their bail of RM500 per person.

“As for the offence of defying the RMCO, compounds have been issued to all of the suspects at Kota Sentosa police station and they will need to settle the compounds within 14 days,” he added.